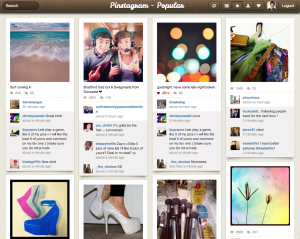 We recently featured in our blog PinGram , a service based on Instagram and Pinterest successful platforms and launched by Gennaro Varriale  @ironico (both on Instagram and Twitter) but today we introduce you Pinstagram , a cool tool coming from US.

Pinstagram is a free web service and works seamlessly with your Instagram account to let your view your feed, what’s popular, search, like, comment and more.
.
Given the visual nature of Instagram, displaying photos in a visual feed seemed inevitable. And Pinstagram team decided to marry them.
Pinstagram was created by the designer/developer team Pek Pongpaet (check twitter @pekpongpaet) and Brandon Leonardo as a weekend project. 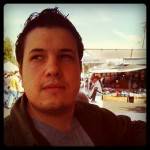 Brandon Leonardo grew up in the Silicon Valley area. Pek Pongpaet is a native of Thailand but grew up in Chicago and recently moved to Silicon Valley too. (see pics o the right side)
.
Both of them are indeed declared “IGers”. Pek aka @pekpongpaet is pretty heavy user.
Brandon aka @shiftb admits heuses it mostly to follow his fiancee. lol.

The two were jokingly throwing around ideas and thought as a joke that a Pinterest for Instagram would be hilarious.
.
The more they thought about it, the more the idea had merit, so they decided to make it!
.
I invite you to discover it here at Pinstagram.co!
.
@philgonzalez