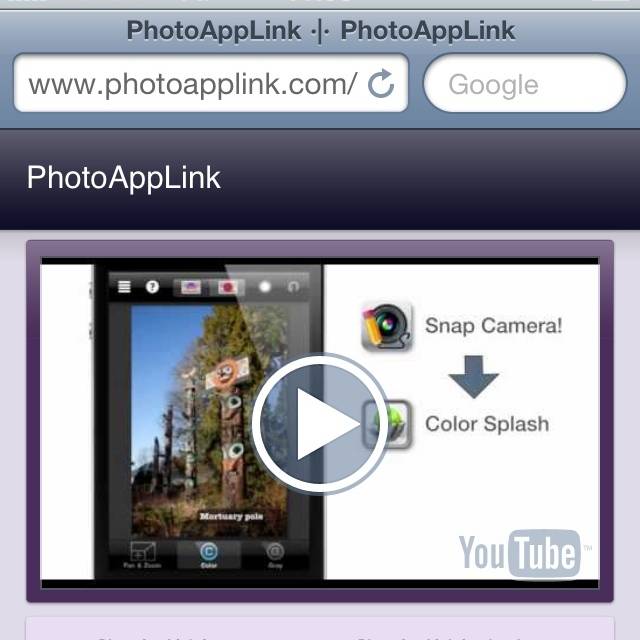 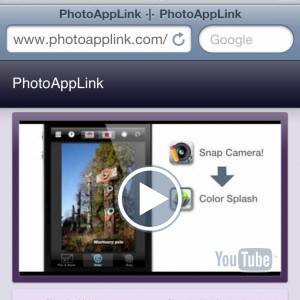 PhotoAppLink allows users to easily edit an image using multiple photo-editing apps by providing a mechanism to send an image from one app to the next.

.
Given the large number of high quality photography editing apps available in the Appstore, we have hundreds of ways to capture and edit images now. Most of the users do their first steps with the Instagram Filters solutions but soon start to use other editing apps and access to better results.

Some Instagramers use as well many different app in the editing process of just one pic to reach the best result. For example I use very often the ProHdr App and then apply some effects using a second app and then crop it and add a nifty border in a third app, and finally share the image using the latest social-networking app but getting an image from one app to the next is tedious!

For example, when I switch from one app to another, I must save the edited image to the camera roll, quit the current app, launch the next app and then load up the intermediate image before continuing to edit it. Saving a lot of images I wont probably use and will have to delete sooner or later.

PhotoAppLink App developers found a way to solve this problem with PhotoAppLink.

The user simply selects another compatible app in the PhotoAppLink interface, which launches it and transfers the image from the previous app to the new, allowing the user to immediately continue editing. This avoids littering the camera roll with intermediate images and provides a much better user experience. You can check PhotoAppLink video demo here.

.
The video shows how PhotoAppLink app automatically detects other compatible apps installed previously on the user’s device and present them in a user-friendly interface, which also offers a separate list of additional compatible apps the user doesn’t yet have. This makes it easy to find more apps that support this simplified workflow.

.
PhotoAppLink is implemented as an open-source library that is available on GitHub. The library is well documented and easy to integrate into existing apps.

Other developers will be sure to join when they see the benefits PhotoAppLink will bring to all Instagramers.

Hope you find this information helpful,