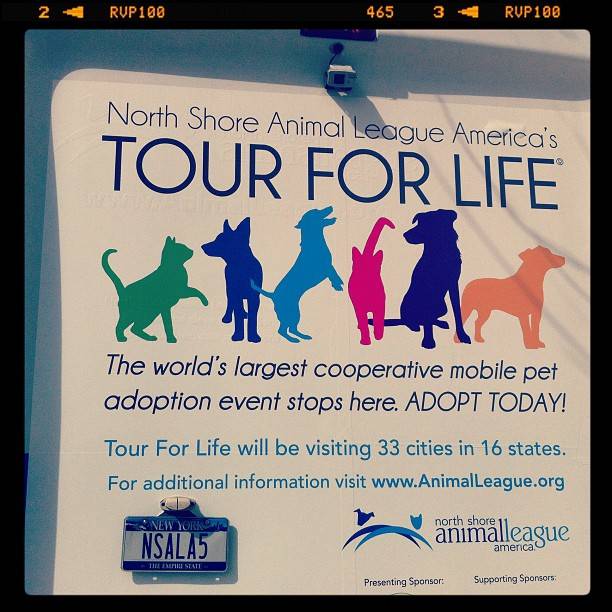 North Shore Animal League is the largest no-kill shelter in the world and is launching its 12th annual Tour For Life starting March 22nd. 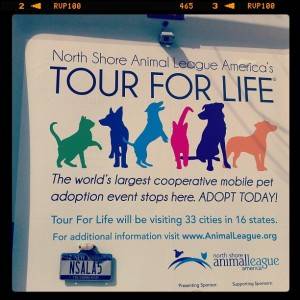 Tour For Life 2012 is a cross country journey that covers over 15,000 miles and partners with over 100 local shelters to help promote adoption.

The six drivers of the mobile adoption units will be using Instagram to document their journey to help save pets lives.

They will be taking photos of all the puppies, kittens, cats and dogs that have been rescued by the Animal League and its local partners.

They are located in Port Washington, NY and have saved over 1 millions lives to date.

All the Instagram photos can be seen at www.facebook.com/theanimalleague/ in their Tour For Life Photoblog app or @AnimalLeague on Instagram.

Take a picture of your adopted cat or dog and share it using the hashtag #rescuedog or #rescuecat to help spread the word about adoption or help out by supporting the mission (see web here).

You can also visit us Tour For Life to show your support and help save a life.