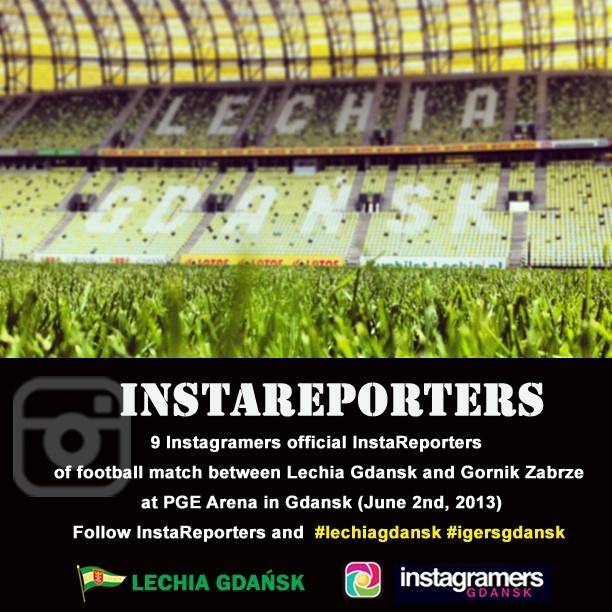 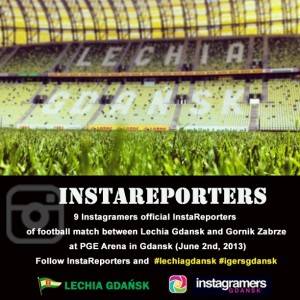 It’s the first time in Poland that such an event was being covered by using Instagram.

During breaks in the game InstaReporters pics were displayed on stadium`s outdoor screens. Attendance at the Lechia Gdansk football match that day reached 13,000 fans. Without a doubt, it was the largest exhibition of Instagram photos in Poland! 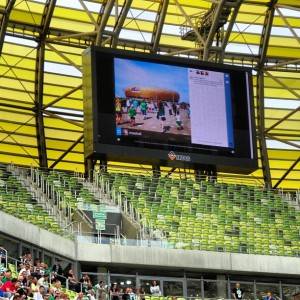 The match between FC Lechia Gdansk and FC Gornik Zabrze took place at the PGE Arena, June, 2nd 2013. During the UEFA European Football Championship EURO 2012 the PGE Arena hosted the three group matches of Spain, Italy, Croatia, Ireland as well as the quarter-final between Germany and Greece. 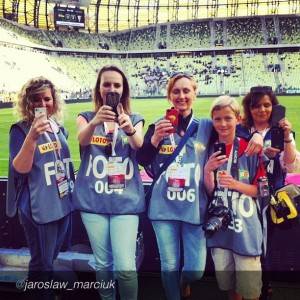 The PGE Arena is also called the most beautiful football stadium in this part of Europe.