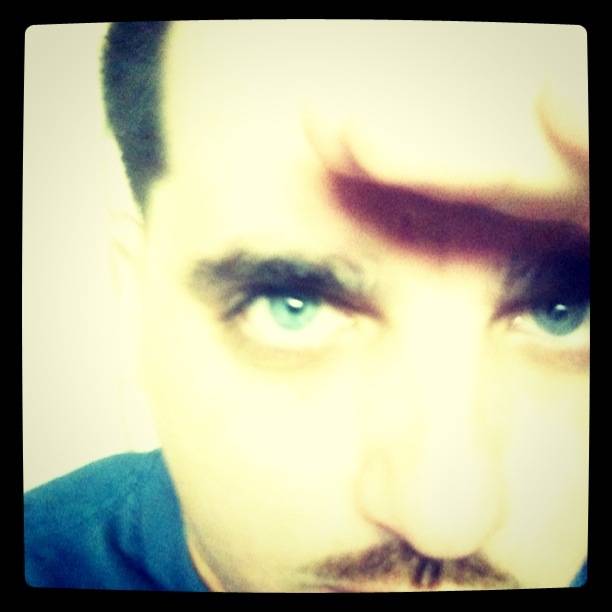 Here “most popular” or “number of followers” won’t be relevant at all. Just People with something in common. Their addiction to Instagram. This week, we meet…

His Name is Eriel. 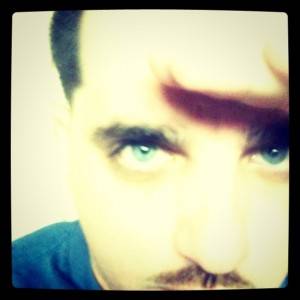 He born and raised in Florida. Like thousands of Miami people, his parents came from Cuba when they were kids.

He doesn’t remember much of his childhood other than art in kindergarten.

He says, did poorly at school because he couldn´t distinguish colors.

What you would understand easily is a real problem for a a photographer with a so “colorful” soul. 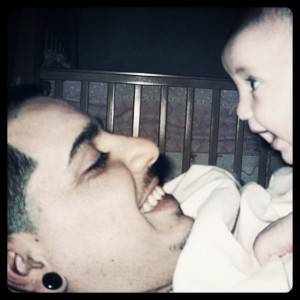 He would have make fun of it but he didn’t realize until late, he had that problem.

When he was 14 years old, he started running with local graffiti artists and bboys. Breakdancing and vandalizing any wall, pole, sign… The motto was “If you can see it you can bomb it”.

A few years later, he downloaded a few 3D rendering programs and Photoshop… That’s when his passion for art was simply to push himself further.

He always saw art as amazing. All kind of art sculptures, paintings, photography, graffiti and all types of music genres and artitsts. “Indescribable how one dot can turn into a work of art always remembered” he says.

Like many people, he assumes he made many mistakes in his behavior until the blessing of a daughter came. She is now a beautiful 16 months baby and made him “a better him” he thinks.

An “him” who still likes to express himself through his art. 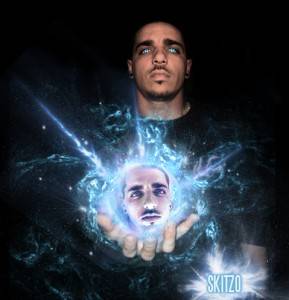 Sometimes in his stream you’ll see random pictures of his daily life and some he works hard on.

“That’s the beauty of IG streams. It’s whatever you want it to be” says Eriel.

Eriel is a co-founder with @refugee_p of the @acrew

The Acrew is today a group of more than 12 artists including @bosh @clayking @dlabs @interstellar_medium @ladypoet @Madhatter10_6 @myriam40a @scienceresearch @snofoklen @suntribe (and many, many more creative people contributing…) who are always trying to get better. Always trying to raise the bar from digital editing to photography.

Check out their web or their IG @ACREW stream you won’t be disappointed!

(The pic of  @acrew here is from @refugee_p co-founder) 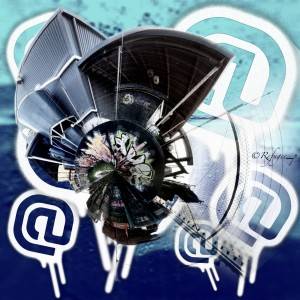 I Joined around mid December 2010. IG was two months old I think.

I think, it´s because of the amazing artists you can see and the tight bonds you make with fellow IGers.

Always have been fan of photography and all kind of creativity.

I think every Iger should know Filterstorm, Camera+ and Juxtapose Apps. 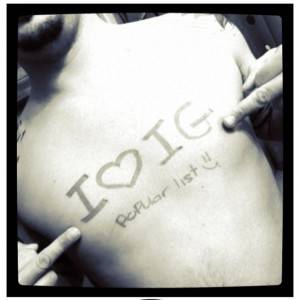 I spend hours everyday.. Talking “nonsense” with fellow friends. Commenting on posts. And looking for inspiration.

P.d: He has an enormous heart, a big sensitivity and a sharp sense of humor he likes to share

How did you get so many followers in so little time?

I think it’s because some of my daughter´s pictures won peoples hearts.. 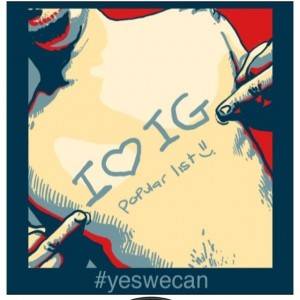 My favorite.. The one where I took my shirt off and wrote I <3 IG and small under said “popular list”

I did it because i was a lil tired of how it’s a popularity contest.

PD: This funny pic was redesigned afterward on on a crazy Idea of @philgonzalez to transform it, the “Obama Way”.

The idea was to make of this pic  the “flag” of #yeswecan.

A Flag or a tag for all these pics made by users ready to do crazy anythingto be a”Pop”. Finally, @elhombretecla took in charge the idea and design it.

I took a screenshots. I was excited to feel that others finally got to see my work.

Now pop aren’t as important but it is important for your artwork to be seen. 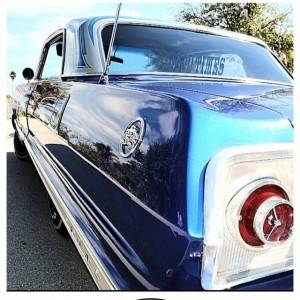 Pffft. They all say I’ve become stupid  and i should get a job with IG. Haha…

Cats are always on the popular page. Why not minions…

Shoot the sky at sunset and use the second IG filter. It’ll make pop.

But I would also like to say there are no tricks. No boundaries. And your photos and editing are only limited by your imagination. 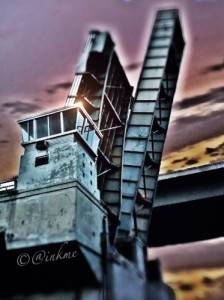 Have fun! Hopefully you can meet friends as good and funny as I have.

Please remember the amount of followers doesn’t mean anything. I rather have the 100 that usually comment and like.

And ask questions if you need help! Most people are helpful.

Thanks very much to Eriel Garcia (user) @inkme

He is for me one of the biggest heart you may meet on IG.