Each week, Instagramers.com discovers new people. People addicted to Instagram, revealing their lives, passions, tips in Instagram. This week, we dedicate our FocusOn, weekly interview to Millo Salgado from México. Millo is the guy who photographs the beach and the sea. Millo is a very appreciated guy on Instagram and I wanted to dedicate him one of our last 2011´s posts.

My name is Millo Salgado 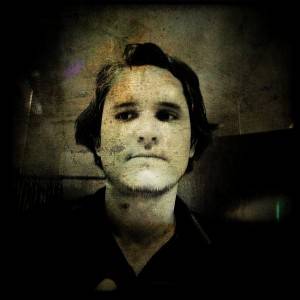 I’m a 39-year-old architect, born and raised in Colima, Mexico, a small city near the Pacific Ocean, where I still live. I’m a music, film, painting, literature, architecture, and (of course) photography fanatic.

When I was 19 I used to take these very pretentious shots of cemeteries and landscapes, then i sort of quit until i took a 6-month course while studying architecture at college. After that I quit again. I’m married to a beautiful woman (Itxel) and we have two wonderful kids: Emilia and Sebastian. It was becoming a dad, and wanting to capture every instant of my kids’ lives what lead me to take the camera out one last time. This latest impulse was boosted by Instagram. And once i was taking photos again, the next logical step was to put my feet on the sand and shoot that good old friend that was always there:

What I want people to see is that behind all the chaos in the world, behind all the conflicts and wars, there is happiness and joy, and you can notice that in the kids, in the music, in the sun. I want my work to show that we are not alone and certainly not lost. 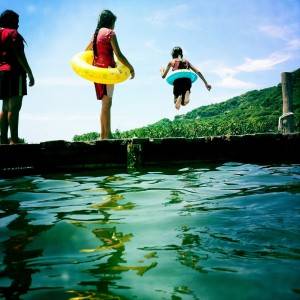 As a professional architect I often ask myself why usually there is no architecture to be seen in my photos, and I have no answer to t

hat. I like to take photos in the cities, in the streets, but the beach is my paradise. The water, the sky and the sunlight match perfectly with Hipstamatic.

Down the beach there is always something that worth a photograph.

I remember very well the day when I discovered a box full of old photos taken by my grandpa and kept by my mother. Nearly all the photos were taken at Cuyutlán beach. Needless to say I was impressed, and from that moment on I wanted to take photos that hopefully would resemble those by my grandpa. I don’t know if I have already achieve that or if I ever will, but God knows I try! And that makes me happy, and after all that is supposed to be what matters, no?

Things that make us happy, everything else is secondary.

Thank you Milo for graciously accepting to answer our weekly interview! (You can see all his gallery in Instagram here.)

According to Statigram I did join the social network in November 21st of 2010.

My first photo was of a “piggy bank” that belongs to Sebastian, my son. It is actually a yellow elephant. I deleted it and uploaded another one that same day. It all started when Francis Levy @vitchub told me about this app called Plastic bullet, and I liked it so much that I started to research if there were more photo apps in the app store, and that´s how I discovered Instagram. 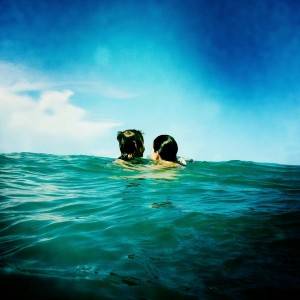 There was a moment that I was, now not so much, but not because I don’t want to!

In all truth lately I have not got the time to take and upload photos, but I always try to take a look of the galleries. All this phone photography thing is amazing, and addictive for sure.

In all honesty, I don’t know if I have a personal style. Obviously I know I have some recurrent topics, but a personal style I don’t know really. I think my photos are very pure, so to say. I’m not a big fan of editing, so in the end it is only the Hipstamatic, the sea and me all there is. Everyday scenes of fishermen, families, musicians.

Some Spanish friends told me that they think about Sorolla, the Spanish painter, looking at my beach photos. Sometimes I think they are right! I like when in a photo you can find stories, some are linked, some not, it’s fascinating when I achieve that.

Were you already fond of photography before you started Instagramming?

Yes, of course. I used to paint a lot but in the end it was photography what really grabbed me. But as I’ve said before, it was Instagram what forced me to see the world through a camera eye… or iPhone. 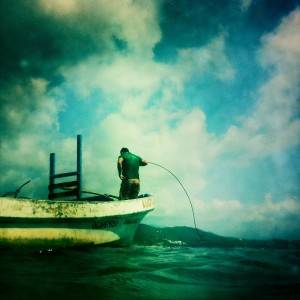 Well I think it is kind of obvious that my heart belongs to Hipstamatic, but there is also a place for other apps, like plastic bullet for instance, a great app that works fantastic if you want monochrome colors. There are also Camera+, Filterstorm and this new app called Superretro that has some interesting filters.

I used to spend a lot of time on it, around two hours on a daily basis. Lately I am only around for like half an hour, in five to ten minutes sessions. I usually take a quick look and pause when a picture grabs my attention, and then I proceed to make a comment on it or else. I wish I could have as much time as before to spend on IG, but currently I can’t because of heavy workload. Anyway, I do my best to catch up via feeds and streams. 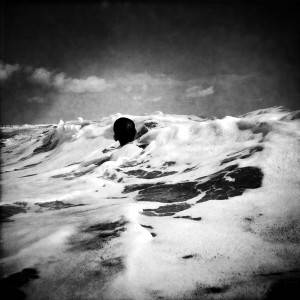 Which is your favorite picture?

This is a really hard question and that’s because there’s a lot of me in my pictures: my family, my hometown… important things. But if forced to choose I would pick the one called “Swim, Sebastian, swim!”. My kid loves the sea as much as I do, and the big effort he was putting while fighting those waves really struck me, but when I took the photo I didn’t realized how brave the sea was at that point. I’m very fond of that shot.

What was your first reaction when you had your first pop? And do you still like the picture?

I believe it was my friend Francis @vitchub who kind of made that happen. He had more followers than me at the time, and he uploaded a picture I took of a train in the desert when one of my shots happened to be at the popular page. It was an old SLR shot, with the earlybird filter. I like it, one of my very first photography. I won a contest at my university with that shot. 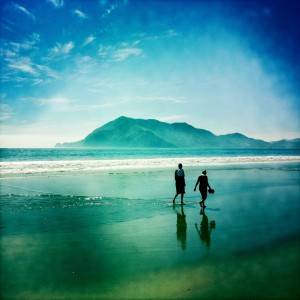 Are your “non instagramming” friends and family members bothered by your IG addiction?

That’s one of the reasons I don’t have as much time to spend on it as I would like! My wife was kind of upset when I was a big IG addict, so were my kids, so I had to slow down a bit.

Tell us a little bit about Instagram addiction and users in your country?

Well, in my city I just know two people who are into it! I really don’t know if there’s a big IG movement here in México, but I just discovered the tag @mextagram, so maybe there is. ( Nb: in fact there is an active Mexican Movement leaded by @igersMexico and many groups of Instagramers featured recently on newspapers)

A funny thing is people calling me Milo. A lot of people do. Of course I don’t mind, but there has been a couple of times that I am like, err, mi name is Millo, not Milo, with two l’s you know, like in my profile? Haha. Happens all the time, it is funny, I kind of like it! 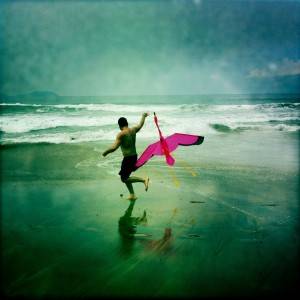 I’m not very good shooting people if they are aware of me. So when I’m pointing my iPhone to them and they look at me, I act like I’m shooting a video, not taking photography, and I move the iPhone sloooowly, left to right, right to left, like I’m filming this absolutely powerful movie scene. I still don’t know why some people make faces at you if they think they are being photographed, but they doesn’t care about video shooting.

First you have to find which camera belongs to you, or which app. After doing that you just have to shoot and find your rhythm, like if you were learning how to dance, you just go with the music. Let it flow and the flow will lead you. 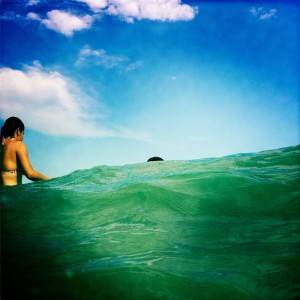 And finally! A user you would recommend?

It may sound like a cliché, but it is really hard to name just one, since I have made so many good and talented friends. So I will name some people that I think deserve so much more followers than what they have already. One is Miguel Piñón @mpinest, a fantastic and wonderful person, with nice taste in music and a very good eye; Guillaume @grrrrrrrrrrrrrrr , he has a terrible nickname . Lol (I believe there are 15 ‘r’s LOL!!! it is a joke my dear friend, please don’t be mad at me), but a strong and very mysterious stream, wonderful portraits with fantastic mood; also would like to mention my dear Lena @galgibaga, she has a fantastic vision, her compositions are sublime, I wish she could upload more shots. And last but not least, my dear friend Chris @harrington69 a fine person and an amazing friend, always offering gentle comments and the right words to anyone, and above all a great photographer.

I’ve made so many friends here. They know who they are. But these streams, to name a few, deserve tons of followers.

Thanks MILLO! (with two L) Very glad to share your thoughts here!

You can see Millo Salgado´s Gallery in Instagram here.