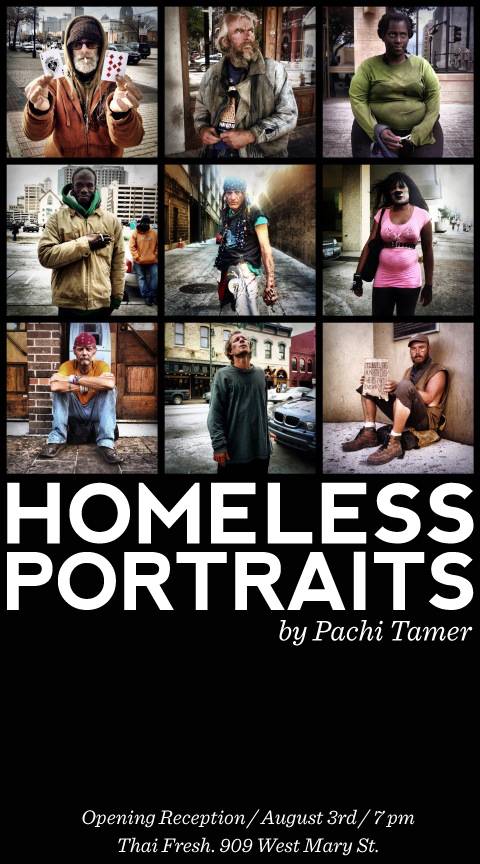 We recently featured Pachi Tamer aka Cachafaz here in our blog. @cachafaz known as Pachi Tamer is on a mission to help homeless people communicate and meet their needs by using the power of Instagram.

He has taken over 1.000 of portraits of homeless people to date in four cities – Austin, Los Angeles, Medellín (Colombia) and México City (México) and now he is traveling around other countries this year.

I had the great opportunity to meet him in Madrid few weeks ago and I wanted to support his great and human project. You are a great man Pachi.

Join him for his first exhibit in Austin, at Thai Fresh, 909 West Mary St. at 7pm.

He worked in advertising as a copywriter in many different agencies for the last 15 years. He quit his job to advocate full time to his project One Dollar Dreams. Equipped only with his Iphone and a handful of one dollar bills he has been taking portraits of homeless people in many different countries and cities. Colombia, México, Uruguay, Spain, LA and Austin, Texas where he’s based.

In Medellín, Colombia he took a guy from the streets and is paying his rehab for the last 8 month. In Austin he found a homeless guy a job. In Uruguay where he was invited to give a conference at an advertising festival, he surprise the audience presenting a homeless guy who was dressed as advertiser among the public, proving people’s prejudices against people from the streets. He’s giving another speech in San Salvador in October, planning his Next Friday Exhibition Opening Reception in Austin and thinking which country will be next.