..
A few months ago while I was reading some comments on a couple of photos from Instagram users in Spain, I noticed a comment from a user called @carmen_vt.  She was commenting that Instagram was the main reason behind a wonderful family reunion. It was the touching story of a separated family that meets a happy ending many decades later. She had found a cousin of hers that went by the nick @silvestrevivo and who now lived in Holland!

A family and cousins that were ​​separated during many years by things that happen in life and by a civil war are finally reunited today thanks to emerging technologies and Instagram!

I thought this was a fabulous story of fate and destiny and so I asked @Carmen_vt to tell us the story herself. 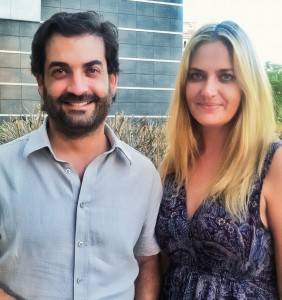 ..
In early September I was looking at some pictures on Instagram, when suddenly, a user nick on the comments of a photo caught my attention. It was @silvestrevivo.

My paternal grandfather was from Mula in Murcia, a southern region of Spain…

… And he had several brothers.  During the Civil War all of them scattered all over Spain and Europe. They left Mula and ended up losing track each other. My grandfather ended up in a town of Cordoba, Pedroche, where he met my grandmother, and spent the rest of his life with his wife and nine children. He would never again reunite with his brothers.

My grandfather Antonio died 8 years ago, and neither one of his 9 children, nor grandchildren, ever met his family.

I had heard that one of my grandfather’s brother’s names was Sylvestre … I was surprised that I could remember that name because he had died over 35 years ago.

Silvestre is not a very common first name, nor is the last name: “Vivo“… But so where the chances to find both together in one!!….

I went through @silvestrevivo’s thread with the hypothesis that he was family.

I looked through his gallery carefully from beginning to end, alert for any indication, a picture of Mula, Murcia or whatever could confirm my hunch…. I found nothing. Finally, on September 12, after days questioning myself, I decided to ask him directly on the comments of one of his photos (curiosity got the best of me! Hahahaha!). I know I never would of done that had he been called Juan, or Antonio!

I was lucky that it was actually him and that he had registered with both his first and last name!  He only took a few minutes to answer me. He was as surprised as I was and both his family and mine where overwhelmed by emotions. 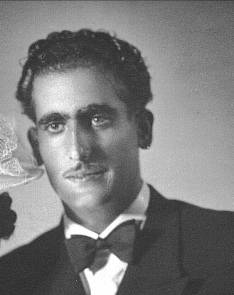 My sister Laura Vivo  @lauvivo also contacted him through IG, and from there on we began an exchange of information and photos by mail that lasted a few days. It was a very exciting moment and I have to admit it still is! My father and my uncles are thrilled. So is his family. My father and his father are first cousins and they had never met. It’s amazing that it happened this way, through Instagram, a photo-sharing social network!

Two weeks later I went to Seville and we met in person (see photo). We had coffee and spent the afternoon chatting, catching up on family stories and commenting on how amazing this reunion was. The time we spent together went by to fast but I enjoyed every moment. He is a great guy, as many or you already know.

Silvestre now lives in Holland where he is beginning a new adventure; I hope all the best for him. It’s a bit far to visit often; but at least I can now get to know the rest of his family, his sisters and my uncle Sylvestre.  For the time being it’s all done through e-mail, but I’m confident that soon we will all meet in person.

So this is our peculiar #IGhistoria that has truly convinced me that Instagram is much more than a place to share the different ways in which we see life through photography. Our followers and those we follow can ends up becoming friends and sometimes, as was the case with us, it can even help us to find a part of ourselves we did not know existed, and that can be a wonderful experience.

Thank you very much and a million kisses to all,

Thanks Daniel Arenas @arenastello (in IG) for this translation once again!