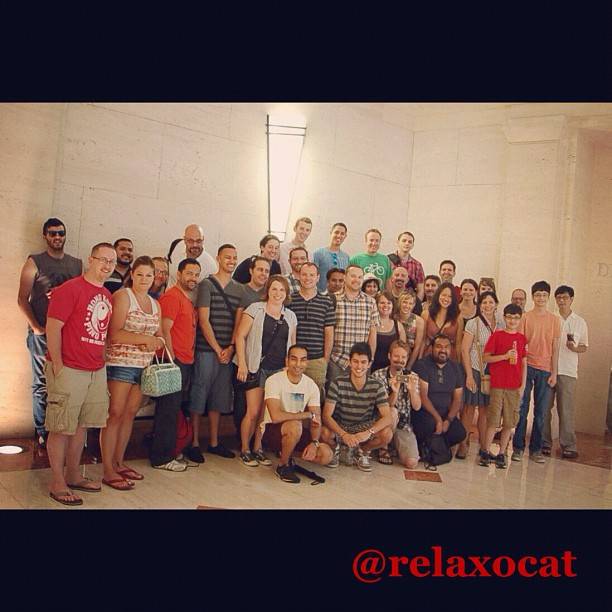 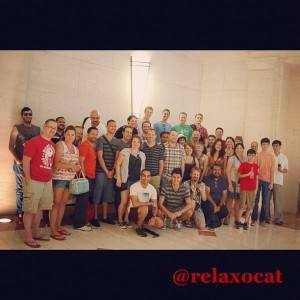 I joined Instagram in the autumn of 2010. I discovered the unofficial communities encompassed within Instagramers.com, and despite some language barriers I found that viewing the world through Instagram was pretty fantastic.

By the spring of 2011 there still wasn’t a Chicago IGers group. Being the third largest city in the U.S., I decided Chicago needed an IGers hub, so I jumped in without thinking too hard about it, and IGers Chicago was born thanks to the guidance and support of @PhilGonzalez.

.
Being more of a social, “real time” person than an online personality, my goal with the group was to not only present the photos of Chicagoans and Chicago, but to bring people together. Despite my worries, “What if no one shows up?” the group quickly established a core group of members who joined the first instameet and who have attended nearly every instameet since.

The dedication to the group shown by many and exhibited most heartwarmingly by people like, @kewiki, @musiccityace, and @cn52, who drive 3+ hours from Indiana to participate, makes being the “manIGer” worthwhile.

Over the past year we’ve had visitors from @igersDetroit (a favorite Chicago neighbor), @igersVancouver (a favorite North American city), and recently, @igersOhio (apologetically, I don’t know much about Ohio except that @614scottsmith is an awesome guy!) Do you know that house music started in Chicago? One of the founding DJ’s, Ms. @djheather, joined us for an instameet! 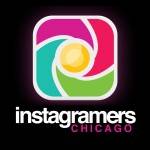 After one year @IGersChicago has grown and yet stayed a friendly group of people who enjoy each other’s photos as well as each other’s company. We started with 15 IGers at our first instameet and have grown to an average attendance of twice our original size. Altogether roughly 200 IGers have attended IGers Chicago instameets since June 2011. Instagram itself has featured some of our members like @chicagomatt (who ironically does not live in Chicago, but rather a nearby suburb) and @jmharch who is an architect and Chicagoan who led our anniversary instameet. I also have to mention @jbcopeland, who was also featured in an Instagram blog and has been a huge help to the group behind the scenes. Many friendships have been forged from the group, artistic collaborations have been established between members for independent projects, and many, many photos have been shared. We’ve had so many laughs – the most important thing to me personally.

The group has given many city dwellers a reason to visit places they might not visit since we often get jaded in our own city (for instance, our Chicago Cultural Center photowalk – #igccc). It has also given many members from the suburbs and beyond the chance to visit and photograph Chicago places that they might not have found on their own (for instance, Olive Park – #igcolive). All in all, my goal has been to gather in photogenic places and bring to together people who enjoy people and Instagram.

..
Most people have heard about Chicago’s bitterly cold winters, so you might be wondering how we dealt with photowalking in the winter. It was amazing! We photowalked in temperatures of 15 degrees Fahrenheit (#igcpolar), we ice skated (#igcfebmeetup), and we walked in snow (#igcandersonville). We have our joyous weather days too, like the last Worldwide Meetup Day (#igcagora) and our adventure at the hidden lily pond in Lincoln Park (#igclp). What I hear from many people is that they most enjoy the instameets where they can meet other IGers, yet wander off to take their photos. We always find each other after we’ve wandered!

.
In the coming year, we’ll keep photowalking, but I’ve got some other surprises for the group that I’ve been working on. I found with this group, perhaps different from the other global groups, being welcoming to all levels of photographers is key because of our diversity in both skill and age. Finding the perfect balance is the plan for the coming year.

If you’re from, visiting, or near Chicago join one of our instameets!