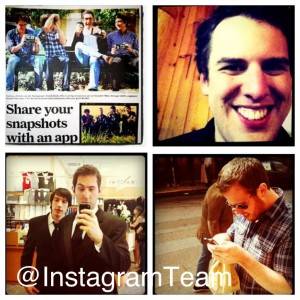 .Today is a big day!

.Our web received the answers to some questions we sent some weeks ago to Instagram Team.

The answers are sometimes brief but we could not expect @kevin (Systrom) and @Mikey (Krieger) would have time to give us a feed back with the terrible “start-upers” planning they must have at the moment. We appreciate it very much and congrats @josh (Riedel) good work in following them week after week to send us these few questions. But before to start let me explain how starts all this story…

Instagramers.com, the beginning of our story… 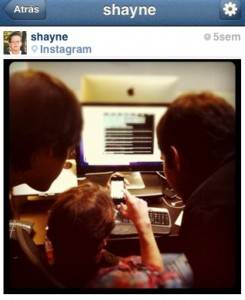 Many months ago, a sunday morning, I woke up, turned on my Iphone4 and consulted different Igers streams. I was quite new on IG…

I felt that people were very greedy of discover new people and share experiences and suddenly  I thought a blog would be the clue! I created a new IG account called Instagramers. The name of the blog would be Instagramers too because we are all instagramers or instagrammers.  So i bought the two domains…

And I started to write during all my free time, by night after my job, on week ends, posts and posts around IG… And I launched the blog. My friend @elhombretecla helped to make “a cool site” and @antoniobaez mixed it during nights all in an “improved wordpress”.

One day, when i reached 500 users in IG, Instagram Team deleted my account saying that many users were confused with my “Instagramers” nick thinking I was part of IG Team.

I received a respectful mail from @josh explaining me the fact and asking me to change my nick. I was enraged. I was about to lose my 500 hundreds first followers and I was dedicating a blog to promote an App built by 4 guys in San Francisco, I didnt even know! 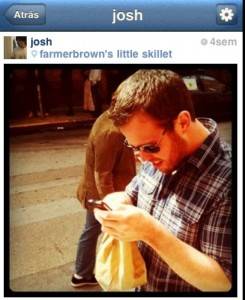 I Was really about to give it up and throw all these hours of work away. But I dont know why, I went on with the blog…

People started to help me, groups called Instagramers started to sprout and daily support definitely gave me the permanent feed which helped me going on and on.

I started to cross some mail with @josh (who is the community manager and part of the famous first 4 IG Team) showing me that this decision against my account was more a fact of the initial Instagram Project rush than wrong behavior.

Months after @josh helped me to send some questions to Instagram Founders, Kevin Systrom and Mike Krieger. The questions were made few weeks ago yet and the answers could be sometimes “evasive” but we easily understand that Instagram Team can´t reveal most of their future improvement and projects.

Probably because Competitors  are rushing too or simply because they just don´t know where this huge and unexplicable success will drive them.

However we are very thankful to @Kevin and @Mikey to have dedicated a moment of their (probably) stressing life to answer our few questions. 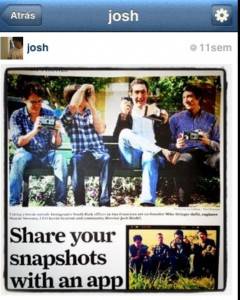 You probably wonder who are the responsibles behind our IG Global addiction. Are they young guys wearing a Mark Zuckerberg sporty style?

Are they students from a prestigious American University? Do they live close Palo Alto (California) where all the big Internet Projects start?

It´s easy to find out! they are on Instagram! @kevin @mikeyk @josh and @shayne share their lives with you every single day in their stream.

From their morning coffees (fav pics of @Shayne) to their assistance to conferences or presence in the Grammy´s audience or simply inside their Office where they develop all these new features we are waiting for.

This working place were they spent hours and where they probably suffered more than us when Network or App failed. Even if we, Igers, are sometimes “pissed” off by Instagram Crashes we must understand their minds are always under pressure to give us the best service! So keep calm!

In the pics we took from their profiles to elaborate this post (Btw: all their profiles are up to 15.000 followers and we never see them on Most Pops!) we can discover their daily lives and friends. We appreciate very much as users, this Human side of their Virtual Graphic Project and I personally recommend you to follow them. It will be very enriching.

If you do want more information you will find dozens of articles about Instagram First Steps in last October in TechCrunch to their recent video interview in the same web. Or of course the very original Mashable post  too which explains how the photosharing startup avoided catastrophe in its first days. 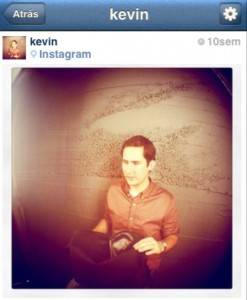 As mentioned before, we sent many weeks ago the questions and probably we would have asked different things today but we are not Mashable or TechCrunch at the moment and appreciate very much the time they dedicated to our Instagramers Community.

Instagram service works really well. Does that mean you predict with Huge Success?

We never expected the overwhelming response we received. We went from literally a handful of users to the #1 free photography app in a matter of hours after our launch in the App Store on 6 October 2010. Over 100,000 users registered for Instagram in our first week. We were the featured App of the Week in the App Store three weeks after launch.

In just six months, over 3 million people are using Instagram as a way to communicate with their friends through photos. We’ve also seen huge adoption internationally; as a result, we’ve translated the app into 10 different languages. 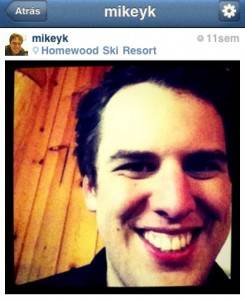 Most of the people in my blog ask for Android O.S and competitors are sprouting? What are your plans?

We’re excited about building solutions for many platforms going forward, but we have nothing to announce at this time. (pd. the evasive answer from Instagram is easily understandable with the high competition in this area right now)

(On the right, the co-founder Mikey Krieger pic on his stream)

“Most Pop” are  a mystery for Users like the “Coca Cola formula” but we believe it´s number of Likes in few seconds? Is it like that? Will the system change?

Our popular feed is always evolving and takes much more than a single variable into account. We’re looking forward to improving this over time given all the feedback we’ve gathered from our users. (pd, so we don´t know much more about it buddies!) 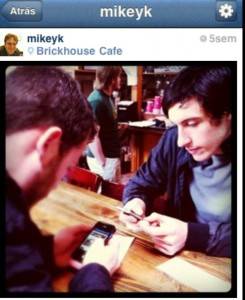 When will we have a Web interface? With editing, users galleries, sharing and recommendation tools?

Nothing to announce yet, but keep your eyes out!

(Pd. At the moment we send this question Instagram Api was not available yet.. Now we know solutions like Webstagram, Extragram or Snapfinch that allow high levels of Instagram web browsers services or many more you can consult here)

We’ve seen adoption in all different countries around the world, and that’s why we decided to translate the app into different languages relatively early on. It was exciting last month to see so many different groups of Instagrammers meeting up in cities all around the world (through meetup.com/instagram). 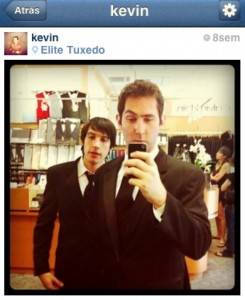 A country with a special anecdotic aspects? More contributing to IG community?

Instagram continues to thrive around the globe. More recently, we’ve seen lots of growth in Japan and other Asian countries.

On the right, Josh and Kevin wearing Tuxedos previous to Grammy Awards.

You were 4 people 3 months ago when launching.. And now?

We were just two when we launched the app on 6 October, then we brought on @Josh and @Shayne. 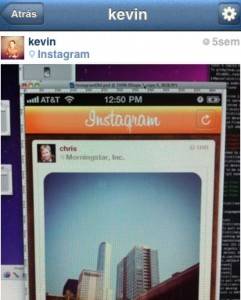 Do you have still time to upload pics to your own profile?

(Pd: and they are quite active! Pic on the right is a Beta version of IG!)

A question we made weekly in our FocusOn section..

An advice you would give to a beginner?

Just start taking photos! There’s no right or wrong way to do it!

Get involved in the community, get to know other IGers through their photos and comments,  try to attend a meetup in your hometown and  just have fun sharing the moments in your life through photos!!!

Thanks very much to Instagram founders to have answered to our questions and hope to know more very soon! And specially to @josh help!!!

Some of IG striking figures!

– Check Here Last TechCrunch post with datas of Instagram´s Boom around the world.

– Check here the Instagram Use and Interest around the Globe by Nuwomb!