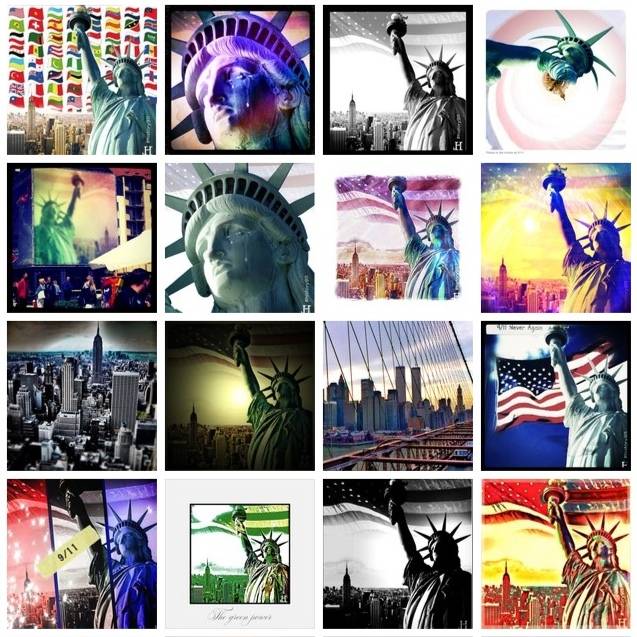 A very special day that changed the history of NYC – a beloved town for all Instagramers – but also for all the rest of human beings all over the planet.

In an independant and free movement of peace, Instagramers found the best way to commemorate the thousands of people who died, who were injured and the millions people affected later by the terrible events.

From Instagramers.com, we decided to give our own tribute and promote a creative movement.

The idea was to edit pictures that were available at @HistoriaTv (History Channel Spain) and at Instagramers.com page @Igers and edit them freely. More info here.

In few hours the movement was spread around the planet and hundreds of similar pics of the 3 “Liberty Statue” and “Manhattan sight” were  colored, edited, framed and flew through on Instagram streams.

Less than 12 hours later the mentioned tags were around 1.000 pics uploaded showing the virality of the Instagram Platform!

We decided to tag our pics with #History911 and #IGloveNYC.

All Pics are published here in special website www.canaldehistoria.es.