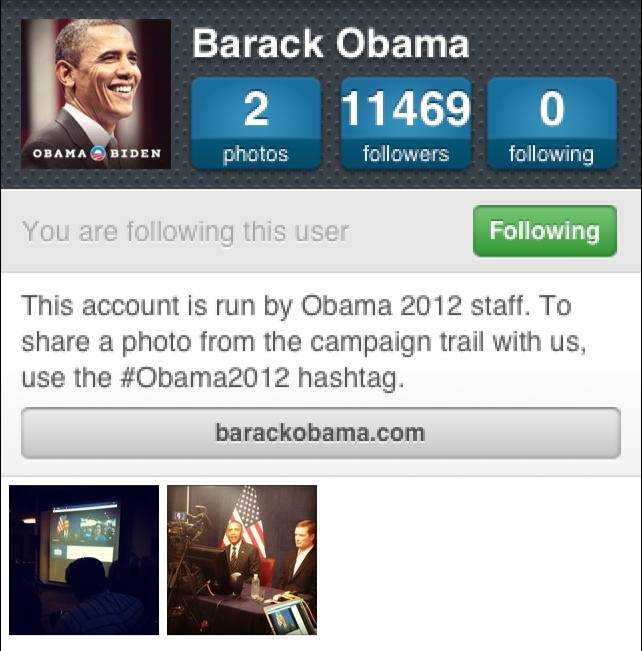 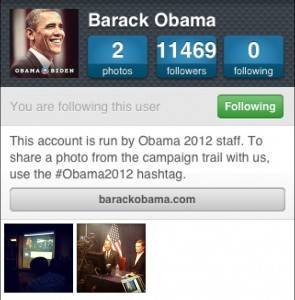 This morning, I received full of mentions through Twitter that usually indicates something important has just  happened on Instagram.

Barack Obama has opened an account on Instagram! And with two pics he is yet on 11.000 followers!! “Popular” from the really first Pic!

Obama´s staff is very keen on using social networks like Facebook or Twitter for Political interests and this is another proof that the president will count on Instagram in the next months.  A place where he will probably share his life and will send his personal messages to the nation.

And in the second one Obama speaks to Americans who votedyesterday for the Republican primary in Iowa.

“You inspire me every day,”he wrote.
Instagram Team itself has posted an article to welcome the U.S. President on the photo sharing network.

“We are delighted to welcome President Barack Obama and we look forward to see how it will use Instagram to give people a visual sense of what is happening in the daily life of a president of the United States.”

The Obama 2012 staff is asking supporters to share their photos from the campaign trail with the tag #obama2012.

It´s far known that a social network becomes really important and reaches social recognition, the day Hollywood stars, musicians and politicians join it massively. We had yet many examples of famous people checking in our beloved network  but today´s announcement is  Striking!