This week I decided to highlight @RickyArruda. He is probably one of the first person in the world to publish “sensual works” integrally made with iPhone, from the capture until the edition although in Instagram, his pics are more focused on Nature, sunsets and summertime. Meet him her today! 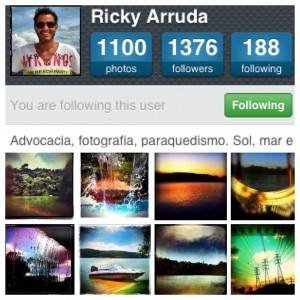 Ricky Arruda is photographer and user of Instagram, Brazilian of São Paulo city.

He is probably one of the first person in the world to publish “sensual works” integrally made with iPhone, from the capture until the edition. Thus, by the mid of this year he published at the Alfa magazine, a magazine for men destined to the public of Class A, a small work with 3 top models.

And now he was invited by the editors of the Sexy magazine, another Brazilian magazine for men, to photograph part of the work of the top model of the cover of the edition of January of the magazine with the telephone only. This was a bet of the Editors in new technologies and possibilities. And it was also, a demonstration that the photography made by telephone may have quality and integrity features, which will be able to publish or to sell, or even, a fine art decoration item.

Ricky Arruda began his photographic career by using dark/white and chrome films. He made his first exposition, called “classic modern Paris” and from there he is developing a photography with author features. After the film, he passed by the digital and after by the Lomography, which he get in for with enough intensity, doing also specific display in this modality.

As soon as Instagram was launched, he began to research several photographic applications, always looking for a quality image. Ricky Arruda has written enough on the Instagram and the photography with telephone and this was, including, a cover matter of the Photo Magazine. In all its collocations, Ricky preaches the importance of the photography to hold in itself, with correct principles and an aesthetic interest. Ricky always insists the filters or the edition made of the photo are a current “tendency”, or a “fashion”, which may continue or not, but, one way or another, the photography needs be good. In addition to the matters, Ricky has ministered workshops and made lectures, always sustaining the possibility to obtain a quality photography, even made by cell-phone (the next workshop will be in the Photography Photo Festival at Issue, in the historic city of Tiradentes (State of Minas Gerais – Brazil) –  – and the next round table this will occur in the prestigious Campus Party

Ricky uses basically Instagram to publish photos of his day by day, since the cell-phone is always with him and it is ease to share. Its feed is, as he said in the matter of the Photo Magazine, a “twitter of the image”, with posts in real time, which he is seeing at that moment. He uses numberless applications to edit his photos and he has attempted, every day, to demonstrate the feasibility, both commercial and artistic one, of the photography made by telephone. What began as a simple play, is transformed, for him, still a diversion, but more and more is took to heart and with the best fruit and results. As Ricky always said “Instagram is a vice, but with virtues and qualities. 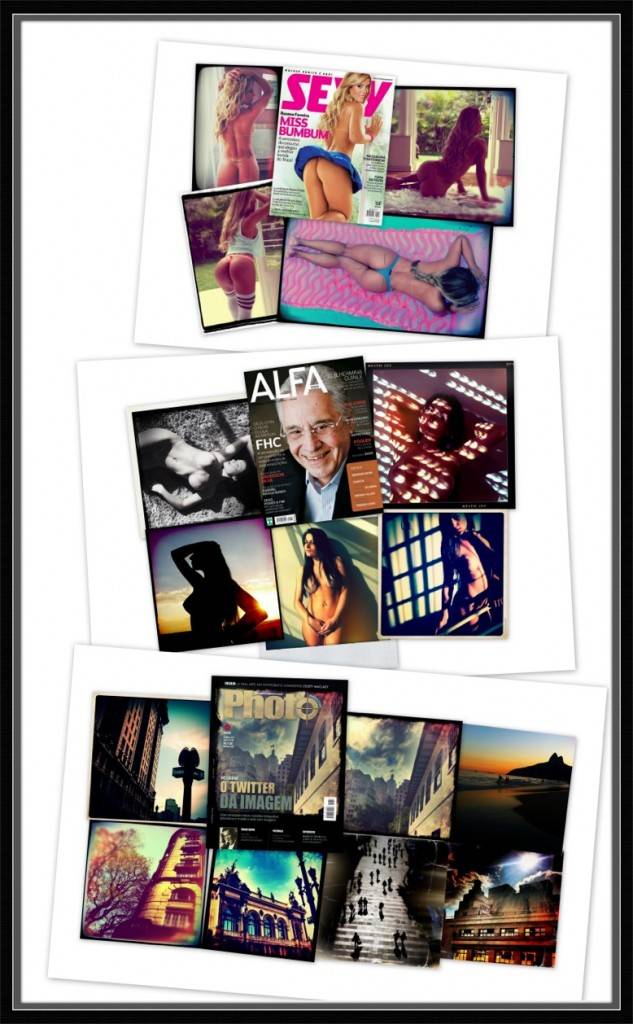