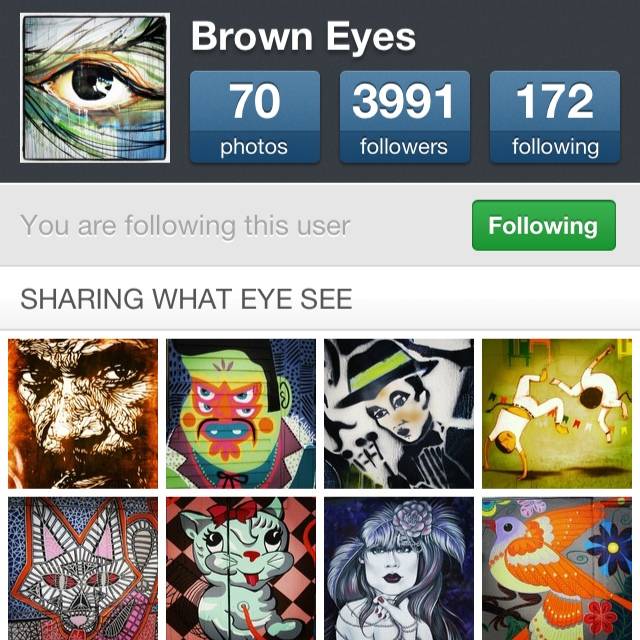 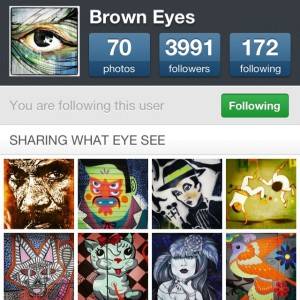 Each week we discover new and interesting feeds inInstagram.  This section FlashOn is an open space where we give a shout out and promote IG users.  No need to have thousands and thousands of followers! Soon, it could be your turn!

This week , we feature an Instagramer who loves Street Art. @Artdelarue means “Street Art” in the french language by the way. He decided to focus all his work in one of his great passion. I thought it was a great way to discover a new wave of mobile photographers who not only give their own sight of the world but shot other works too.

His name is Robert, his profile reflects and enigmatic “Brown Eyes” and but his real nick is @ArtDelaRue.

During his day life, Robert is a a “Green” Architect and  Sustainability Consultant.

But in his free time, Instagram became part of his hobbies.

Robert tells us this passion has evolved along with his interests in World Art, Music, Architecture & Environmental Sustainability. To him,  Street Art is the great equalizer an effective (albeit in Shorthand) urban communication tool often used by peoples who’s voices have been marginalized. He began experiencing Street Art in multicultural Chicago.

Robert traveled a lot in the past. He lived  in New York, Los Angeles, Sevilla, Barcelona, Rio De Janeiro and Mexico City (the world capital of street art according to him) and now he is living in California, SF. Along with his passion for world travels where he enjoys meeting established & emerging Artists while sharing a few snaps on Instagram along the way. To “reduce” his carbon footprint he decided to only shares 64 images.

Hope you will appreciate his feed (see here) 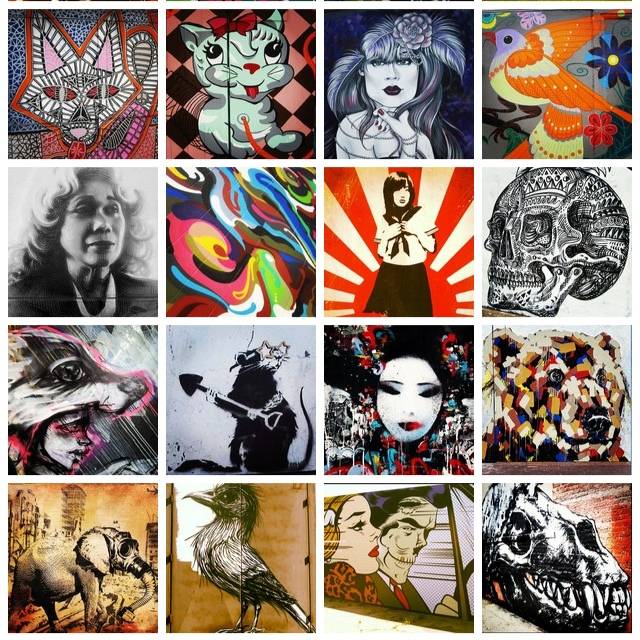