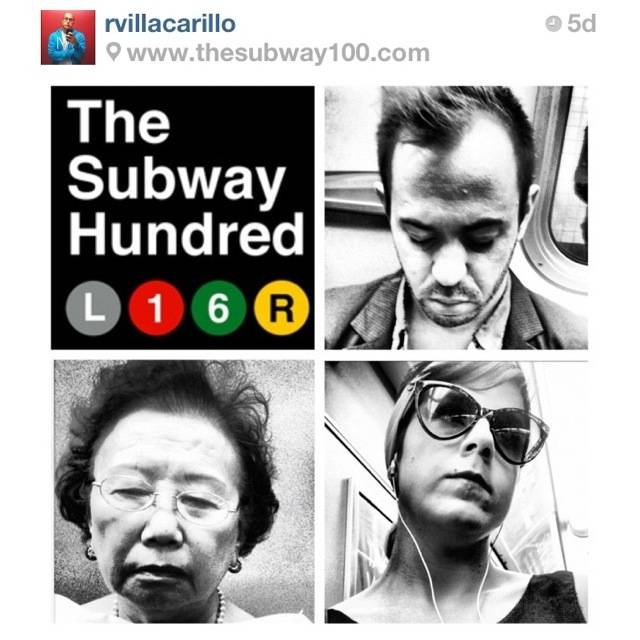 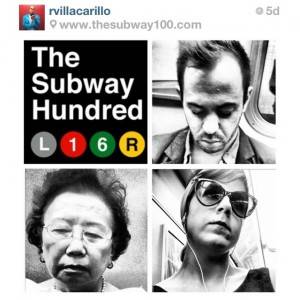 No doubt that #Subway (with more than 3 million pics tagged) or #Underground with around 1 million) is a very trendy topic in Instagram. We recently featured people like @missunderground or @last_jedi who focused mostly their Instagram pics in daily subway “Matrix”.

Ron aka @rvillacarillo (see profile here) has worked as an art director/creative director in various advertising agencies around the country for over 10 years now, producing broadcast and digital campaigns. (see his bio and portfolio here). Now he is creative director at an advertising agency in Manhattan and he is always filling his memory bank with inspiring eye candy, be it street art, fashion or in this case People.

He loves photography, design and just about anything creative that can be produced out of the passion of simple everyday moments. As he began commuting on the subway to his new job (he just moved to Williamsburg, Brooklyn from Richmond, Virginia this past February), he found himself yearning for a time killer. He loves his iPhone and he´s quite an Instagram addict.

As he started snapping incognito photographs from his iPhone, he began experimenting with techniques to capture the intimacy of commuters. Unlike a traditional camera, he was able to use his phone as a stealthy device to get images in a confined space.

In addition, it allowed him to get several shots in a short amount of time. “Before I knew it, I had hundreds of photos!” he says 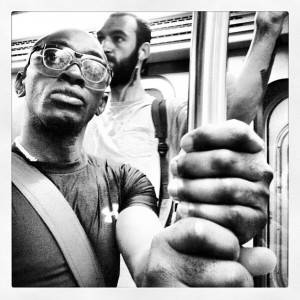 He took 100 pics and created www.thesubway100.com

“The Subway Hundred is a personal photography project that was started upon my arrival to New York City in February of 2012. Riding the subway has always fascinated me. The logistics. The commute. And most importantly, the people. Instead of visiting the city, which I had done plenty of, I became immersed in the day to day life of a New York City commuter. Rather than read a book or take a quick nap, I found myself studying the patterns and idiosyncrasies of commuters. All ages, gender and race. I like to think of the subway system as an equalizer. All walks of life sharing a common goal of getting from point A to point B. I’m sharing a glimpse of my commute through capturing 100 photographs (iPhone/Instagram only) throughout 100 days. Enjoy..”

Hope you will find this project interesting!

More about it at The Subway Hundred