CuadernosYViajes; this is how we celebrated Instagramers Gallery’s fifth anniversary! 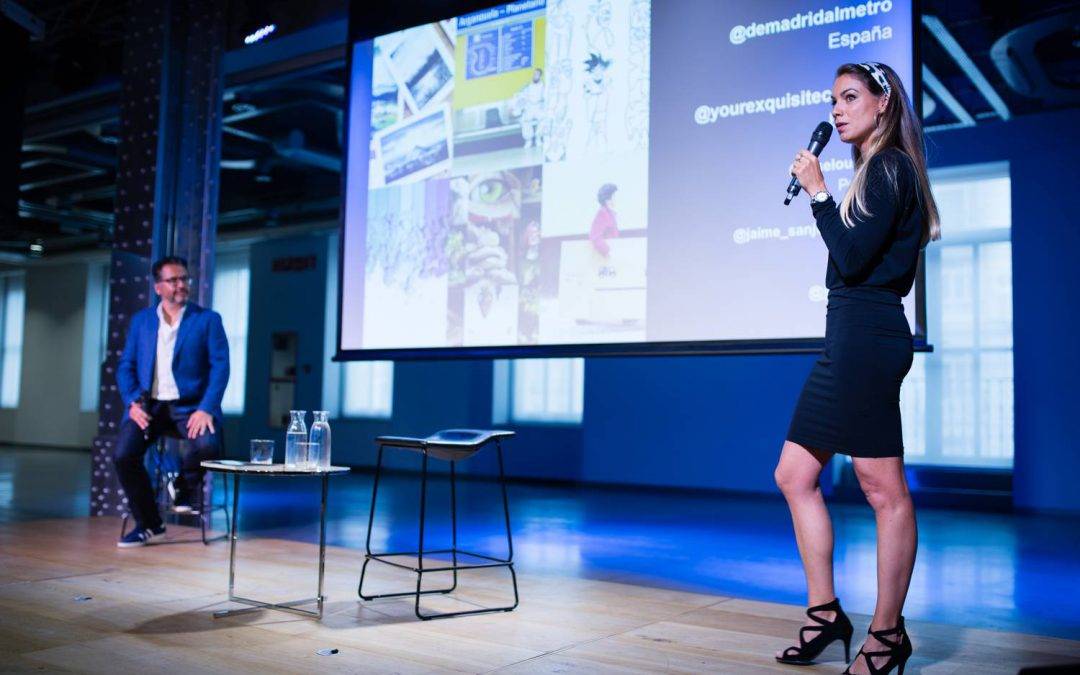 CuadernosYViajes (translated: notebooks & trips); this is how we celebrated Instagramers Gallery’s fifth anniversary!

We were very lucky to enjoy the presence of great guests.

It is amazing to see how Alicia made (and still makes) her dream come true; traveling the world while she draws her surroundings in watercolor. Her favorite stop: the Taj Mahal.

He tells us that at the age of 15 he traveled to Norway and since then he has never stopped traveling. One day he summed up the number of average days away from home and realized that they were more than 220 days a year.

“On my first trip I realized that what I wanted to do was to travel.”

Among the public, Maxím Huerta (@maximhuerta) asks Paco in which of the wonderful destinations that he already visited would stay to live.

“In the end, you want to be where the people you love are,” says Paco.

He confesses that the day he won a Goya, he did not even have Instagram. He made it to “trending topic” without having social networks. Today he shares all his adventures around the globe mainly on Instagram and Twitter.

All interviewed by Phil González (@philgonzalez).

“There are three phases in travel: before, during and after, and they are all represented on our Instagram,” he tells us.

He also shares some curious data with us: “21% of Spanish travelers prefer to go to / stay in attractive places only so they can publish about it on their social networks”.

And he also recommends some Instagram accounts that share “travel” in a most fun way. In the subway with @hotdudesreading, through the creations of @jose_naranja or having fun with @putoandamio, without forgetting the fantastic account of @filmtourismus for lovers of successful series and movies.

As well as the presence of Elena González (@elenaescocia) responsible for events in the Telefónica Foundation (@espacioftef).

And to finish, Kimberly Sunster (@kimberleepower) coordinator of the @igersgallery. She presented the work of the new artists and reminded us that we can join the photographic contests that are organized during all year. (#NascaLinesEverywhere, #WilliamKleinContest etc.)

Everything was captured under the hashtag #CuadernosYViajes.

It has been a great event that you can enjoy here again on Telefónica Foundation’s Youtube channel.

Some photos of the public

And then, as in all the previous instameets at the Instagramers Gallery, we went down to the lobby for a cocktail entertained by the great DJ Bombín!(@jesus_bombin)

You can see all the new artists here or visit us at Fuencarral 3 in Madrid, all year long!