Instagramers is partnering with Team SCA during the Volvo Ocean Race 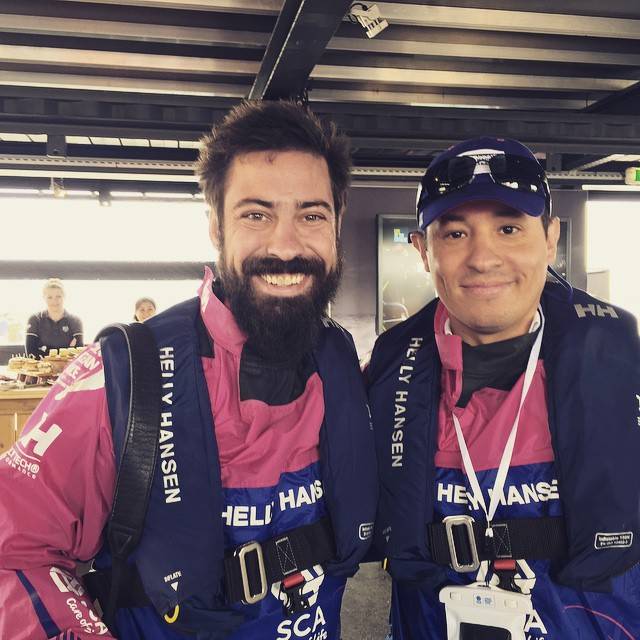 Instagramers is partnering with Team SCA during the Volvo Ocean Race

Let me introduce you to Team SCA, the only all female team in 12 years to compete in what is considered the world’s toughest ocean race ‘The Volvo Ocean Race’, a 39,000 mile race around the world on 65 foot yachts.

For SCA this journey started in 2012, over 400 female athletes from across the world applied to be part of the Team SCA squad. The final squad now comprises 15 elite female athletes from the USA, Great Britain, Switzerland, Australia, Sweden and The Netherlands, who are sailing the boat throughout the ten-leg race, visiting 11 cities, over nine months of racing across five oceans.

The age range onboard is from 28 – 42, they are mothers, record breakers, Olympians, engineers, meteorologists, adventurers and above all else athletes.

This project is about inspiring and empowering women from all walks of life, we want to show that women can be, and do amazing things. This is the first all-female entry in this epic race in over a decade and the only female entry in this edition of the race and they are passionate about what they do. We want to engage and connect with local communities where we are going.

This is not only a sailing project, but also also a big local event where people of all ages can come and learn about this amazing race. The team also works with local communities through CSR initiatives, from tree planting to education on recycling and hygiene.

Instagramers is partnering with Team SCA during The Volvo Ocean Race all over the world.

Team SCA has collaborated with Igers (Instagramers) communities in Stockholm, Rio and Boston. Though the Igers communities they are reaching an even wider audience to create awareness around the only all the female team in the Volvo Ocean race.

SCA believes that everyone should have the opportunity to live life to the fullest, and they are committed to creating value for people and nature. To champion these ideals, SCA launched the Amazing Women Everywhere campaign, to celebrate women who have a positive impact on others. As part of this campaign, we are collecting inspiring stories of women from around the world through our the AWE-mosaic

We are looking forward to future collaborations with the Instagramers communities in France and Sweden.

In Lisbon we are excited and looking forward to collaborating with Phil Gonzalez @philgonzalez, creator of the igers communities around the world, he will join the team as part of the crew on the Pro AM race on Friday 5th June.