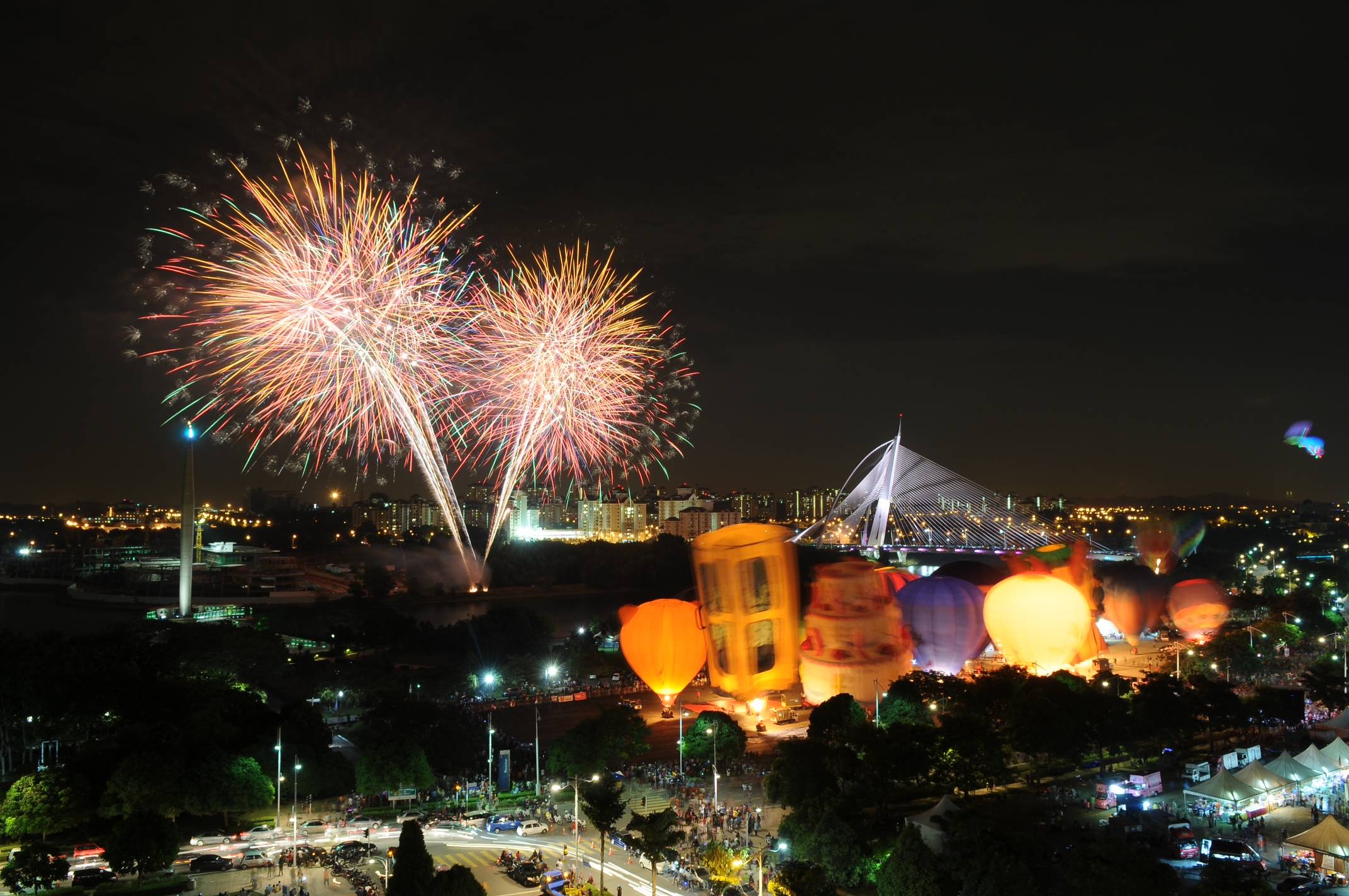 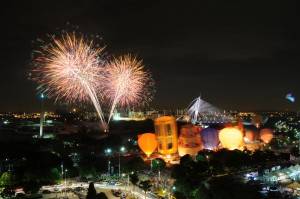 Our objective is the same as the principal of Instagramers.com – to bring Instagramers together to a common place and motivate, share and inspire each other through photography in Instagram.

Currently the numbers are still small but very encouraging. As of late January 2013, the numbers have grown from 200 members to over 1.000 now and increasing everyday. The most amazing part is – as of now, photos tagged with #igersmalaysia has reached more than 177,000 and growing everyday.

For Instagramers Malaysia, we are planning to ask some members to share their tips and these will be posted in IG and also Facebook page. And we will feature some other notable photographers to inspire the members.

As more and more Malaysians joining the Instagram craze, Instagramers Malaysia will pursue a few projects this year, 2013.

Instagramers will collaborate and run two weekly contest in Instagram and two lucky winners will win two tickets each to the Tethered Hot Air Balloon Ride. 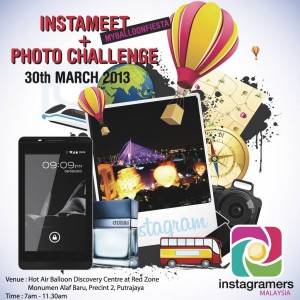 An Instameet will be organized at the event to further strengthen the group and also a chance for Instagramers to meet up face to face. A photo challenge will be held and three winners will win great prizes. Instagramers only need to register at the Instagramers Malaysia booth (located at Hot Air Balloon Discovery Centre at Red Zone).

The photo challenge hashtags will be revealed during the registration.

Winners of the photo challenge will be announced on that day itself. The best entry will win the Ninetology smartphone and 15 other winners will win Vimake Auto Car Care products as Consoloation prizes.

There will be other projects under the pipeline and will be announce on a later date. 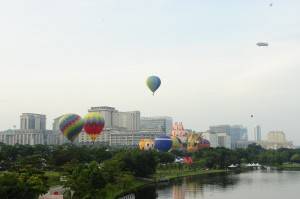 The 5th Putrajaya International Hot Air Balloon Fiesta 2013 will take off to the blue skies this March 28th – 31st.

With the overwhelming support from international balloonists, sponsors and the general public, the annual event is held for the fifth time this year.

Jointly organized by AKA Balloon Sdn Bhd and Perbadanan  Putrajaya, the four days event will be held at the Monument Alaf Baru in Precinct 2, Putrajaya. More than 20 balloons from 12 countries have thus far confirmed their participation in this year’s fiesta.

Every morning from 7am – 9am over the four days, balloonists will participate in a ballooning competition, vying for “Rudy’s Trophy”, a special trophy which has been named after the late-fiesta chairman and co-founder, Mr Khairuddin Abd Rani. For the competition, one pre-determined balloon, known as the “hare” will take off first. The other participating balloons, known as the “hounds”, will launch at pre-determined intervals after the hare. The hare balloon then lands at a suitable site and lays out a large piece of fabric, forming the letter “X”, marking this as the target. The hound balloons then attempt to drop their markers as close to the centre of the “X” as possible. The closest marker to the “X” achieves the highest score.

In the evening of the four days, these balloonists will again take to the skies for a flying hot air balloon show at 6pm.

In addition to watching these balloonists in action, visitors to the fiesta over the four days can look forward to a myriad of activities. These include helicopter joy rides on Saturday and Sunday only, tethered hot air balloon rides from 7.30am to 10.30pm and from 7.00pm to 10.00pm daily, Model Hot Air Balloon demonstrations, meet and greet sessions with balloonists and the Mountain Dew Extreme Zone for adventure-minded visitors.

The anticipated “night-glow” event will return on the 30th March 2013 (Saturday night), where balloons light up in synchronized manner to the sounds of music, culminating in a fireworks display.

Admission to the event is free.

To join Instagramers Malaysia in IG, just follow us @igersmalaysia