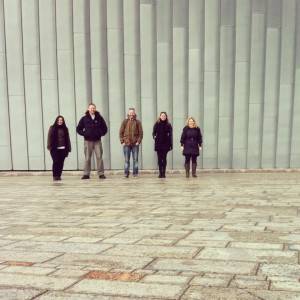 On Sunday the 19th of February 2012 a group of five enthusiastic instagramers and mobile photographers kicked off the first of a series of events in Almere in the Netherlands.

.
“Our goal is to show and market cities through unique and contemporary mobile photography. We believe that engaging residents to participate in our projects by using their mobile phones, and teaching them how to “see”, notice and appreciate their city, will achieve a greater level of awareness and appreciation of the place they live in. We think that this is a revolutionary and very effective way of city marketing, which will put the cities we work with on the map not only in the Netherlands, but throughout the world. Especially by using Instagram, we very effectively can reach thousands of people living in all parts of the world”, says founder and manager Marianne Hope. 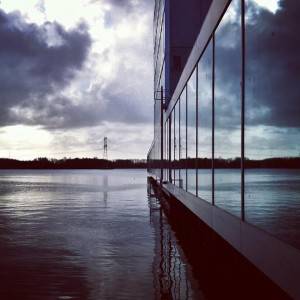 SeeMyCity’s first event SeeMyAlmere was held in the New Library in the centre of Almere and was attended by about 45 participants. Marianne Hope, first introduced the team and explained how they had met and how the idea came about.

She then proceeded to explain about the purpose of the afternoon before handing over to Eelco who presented his tips for mobile photography based on some of his images.

Dilek shared and presented some of her streetphotography shots, her message: “Life is like a film and you’re sharing one frame at a time, a
snapshot, of that story”.

Finally Marianne talked about what photography means to her and how using a mobile device has made her look at the world in a new way, and has her noticing and appreciating her surroundings and the little things most of us take for granted. “When people go on holiday, they take pictures all the time, yet at home,
they don’t. We want to change that”, she said. 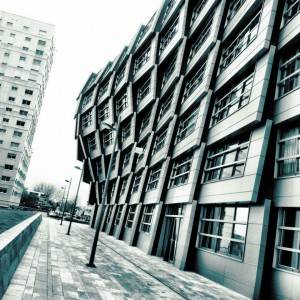 After a brief Q&A session, including questions about editing applications where Marianne shared her personal favourites for iphone (Camera+, Snapseed and Filterstorm), the team took the participants out on a “photowalk” around the city centre to put their learnings into practice. Both participants and teachers were spiting the cold and ever changing weather and making use of the very special light that came after the rain and the hail showers, whilst also being filmed by “Omroep Flevoland”, a local TV channel. All in all it was fun and productive day that resulted in many beautiful pictures of the city, the fascinating architecture and the city life. There has been quite a few articles about the event in different local newspapers such as Almere vandaag and Omroep Flevoland.

.
Images of a building in Almere taken by @macenzo

.
Next step in project SeeMyAlmere is a mobile photography competition, with the aim to select 10 winners whose images will be displayed at the photography exhibition planned for the summer 2012 (May/June) in “Stadhuis Almere”. We are also planning an event on Saturday June 2nd in “Het oude bibliotheek” aka “Voetnoot” with the official award ceremony for the winners. We have set up a group for the competition on Flickr, called “SeeMyAlmere mobile photography competition”, where anyone can add as many pictures of Almere as they want until May 2nd 2012.

.
A collection of images by Dilek Yaman, Dirk Bakker and Marianne Hope
.