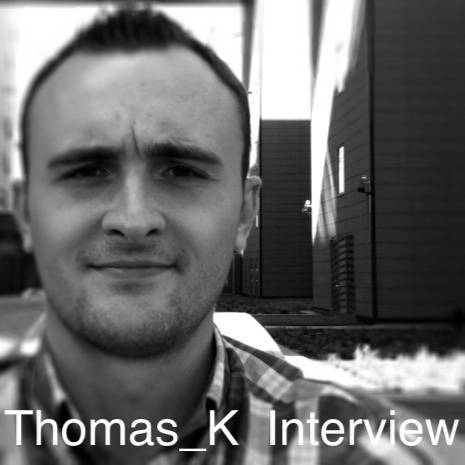 Each week, Instagramers.com discovers new people. People addicted to Instagram revealing their lives, passions, tips in Instagram. This week we discover a young guy from Germany who is for me a kind of reference in Street Photography.

Few weeks ago we interviewed here @TakinyerPhoto from NYC. Today we meet Thomas a.k.a as @Thomas_K from Munich, Germany. 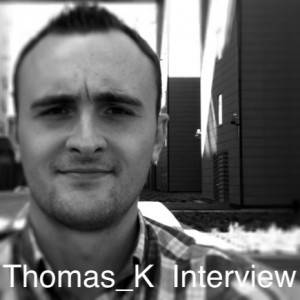 His name is Thomas…

But all the people know him as @Thomas_k

His real name is Thomas Kakareko and he is just 25 years old.

He was born in Berlin and spent almost my whole life there.

Needless to say that he absolutely loves his city! For him, there‘s some kind of a special atmosphere surrounding it.

“There are places here i‘ve been to like 1.000 times and i‘m still able to discover something new and interesting about them”. Says Thomas. it´s fun because maybe because his inspires us a 40 something man. He is a youg guy in fact and keep the simplicity he transfers to his beautiful black and white pictures that fly all over the world, through Instagram. There‘s also something special about the people in Berlin, according to him and it´s that they exude so much confidence and positive energy, that is just a pleasure to him to watch them for a street photographer.

He has been studying Political Science and Public Law for a couple of years now and affter a one year break he will resume studying by October this year.

He was always interested in politics so it was obvious for him what to study was the direction to take. Right now he work in sales department for a big german telecommunication company. He could talk to people all day long so it‘s the perfect job for me at this time! Still he doesn‘t know where he sees himself in the future. 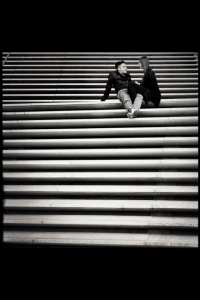 “There are so many things i could do!”

Before IG all he did was some holiday pics or shots with his friends. Now he´s just having a great time. He never leaves his house without the iPhone in his hands and he is always ready to shoot.

It‘s his only camera, all editing happens on it too. And he is on the streets every day looking for the best shots.

And when he returns home to check what he managed to capture on a phototwalk, he feels an amazing feeling sentiment.

When did you first join IG? How?

It was last year in October i guess!! I remember reading about it in a blog and downloaded just for trying. In the beginning i used it mainly to exchange pictures with my good friend Sylvia (@goldie77) who‘s an awesome photographer. It seems so long ago!! 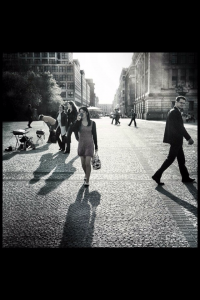 Everybody around me says it‘s way too much!!

For me it just became part of the day. But it‘s really a lot! Can‘t even stop at work!! 🙂

There are a lot of reasons. I really love how easy it is to use or the instant response after posting a picture!! But the main reason is that it made me discover a new passion. While downloading it i would have never thought that a couple of months later i‘d be running around in Berlin every day looking for something to capture. Now i just love doing this.

Then there are all the people from all over the world i met on IG. Some of them i know  for almost a year. I never was part of such a supportive community before. In fact i can‘t even think of something i could compare to IG. It‘s one of a kind for sure!!

Were you already found of street photo before?

Not at all. I‘m still a beginner when it comes to street photography. Since IG i started to read about it and to look up some famous photographers. So i‘m trying to learn something every day… As far as this is possible! 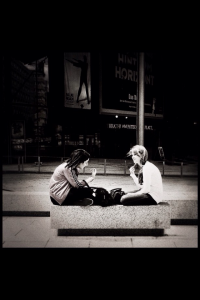 You were recently highlighted in Mashable with @takinyerphoto.. How does it feel?

It was one of those special moments for sure. Called so many people that day to tell them about it! To be mentioned alongside Anthony is just too great!!

I‘ve been following him for a while and he‘s one of my all time favs on IG!! It‘s always so much fun visiting his stream on IG and the way he captures people is simply outstanding.

Did it open you new personal opportunities?

I really hope so!!

Always looking for something new so we‘ll see what the future will bring. I definitely got the opportunity to meet a lot of interesting people in Instagram. 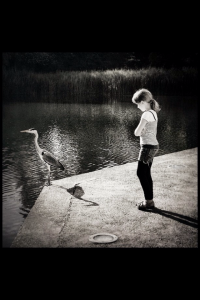 Which is your favorite pic? How did you snap it?

Give me a second please… That‘s really hard to tell…

Took so many pictures over the last months!!

But if i have to choose i take the one with the little girl and the bird. I was in a park with some friends as i saw this bird, think it was a blue heron, not far away from where we were sitting.

I just thought how great it would be to capture it but i was also sure that it‘s quite impossible. Then this little girl noticed the bird and started approaching it! Again i was sure that it will fly away immediately but i was wrong!!

So i just snapped two pictures and a second later the bird was gone. I will probably always remember that day!! It was so great to see how the picture turned out!! Yes, I think it‘s my favorite one!!

How do you manage to take pictures of people? Do you ask them first?

I could never ask somebody to pose for me. Don‘t know why but i‘m too afraid to get a no or maybe something worse!!

I really admire photographers who are able to ask but i‘m definitely not!

So my main goal is to stay unnoticed… Sometimes it works and sometimes it doesn‘t. Usually i‘m able to see what‘s the case. If it was pretty obvious that i took a pic i just smile and try to leave as fast as i can. But mostly people are too busy to notice me. 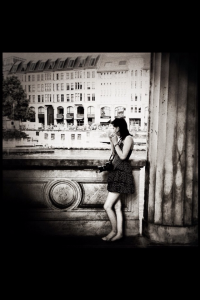 Hard to describe it after such a long time. I remember calling some of my good friends and they were like what are you talking about!!

It was one of my first attempts on street photography so i was really humbled people actually liked it. That moment is like the beginning for me.

There was nothing to stop me from then on…

There are days when they really are. But i can live with it .

And they know how important this became for me so i think (and hope) they understand!! 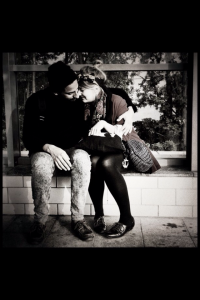 If you had to recommend just one user you  to follow?

That‘s the question i was most afraid of… I follow way too many awesome people and artists to pick just one. Every now and then people on IG asked me this question as well but i never was able or willing to answer. My list would be endless!!

They are a never ending source of inspiration for me. And it‘s not just their work i‘m talking about. For me IG wouldn‘t be IG without them.

Thanks so much Thomas, it was an honor for me and pleasure to make this interview.

We will probably hear much more about Thomas_K in the near future.