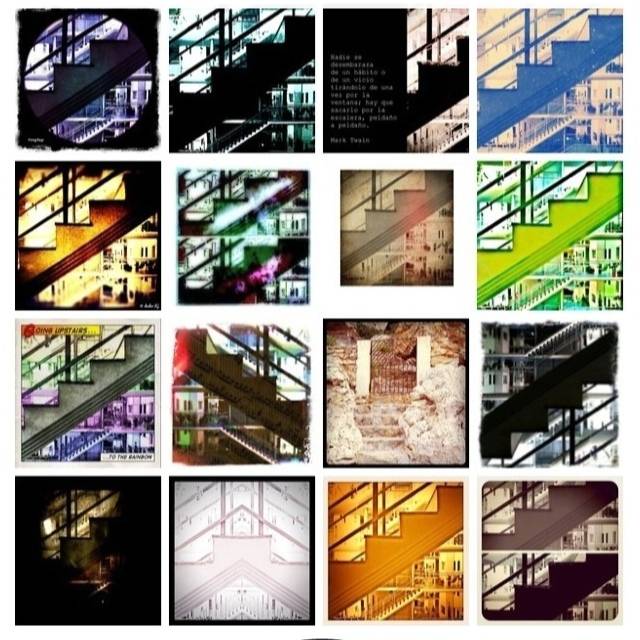 Some original stuffs tips within Instagramers Network and in IG to promote sharing, apps, friendship and your profiles in Instagram.

.
Most of the time, hashtags are the best way to discover a new contest, activity, initiative or event… And I have to remind you how is important is to tag your pics! If you don’t know how, read this please.
It´s impossible to list all the contests and funny initiatives available at the moment. Everyday is a massive feed of new ideas and creative shouts but I picked up some of them because of their originality, success or just because they could be interesting for you, Igers! And easy to replicate in your own Instagram network.

“The stairs”, a simple way of  How to launch a “one day contest”? 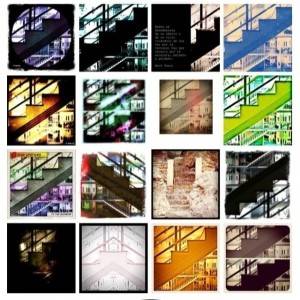 Few weeks ago, I found in a user stream a Pic of “stairs” (in Spanish #laescalera) and it caught my attention. Stairs? Few minutes after, I saw in another Iger stream the same “stairs” pics but with a new editing, with different colors and Apps tagged… It was starting intriguing me and to be interested by this movement.

This idea by @elenamurena and @rsuarez was really good and simple… And Easy to understand in just few words! A user post a pic and other users edit it as they want. All the people check the hashtag during the day and comment, ask tips, way to use apps… It´s easy and socially great!

Virality is always the effect of simplicity. A good idea you can explain in very few words and a simple hashtag which combination moves people sensibilities. They were just  trying to promote a “free contest” with really no “winner” where everybody could express its own vision of a same simple pic.

Few days after @Elenamurena who was an “absolute beginner” in IG at this time confessed me about that this simple idea made her profile increased followers from 175 to 232 in few hours. Great first steps in Instagram!

NB: In @IgersFrance another similar and previous great example promoted by @myriam40a was to use an original pic and then give it to a small group of users. Each of them would have to edit it after the previous one has done his own interpretation. Funny results at last when a pic has been edited 10 times by different users!

.
The #SummerActivities. How to keep in touch during the summer? 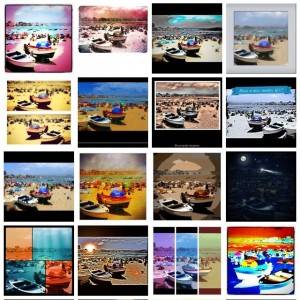 During the summer, you have more free time.

You are sometimes out of your habitual city and far away from your usual topics too! So what can we do? Following the success of #Laescalera, some people who contributed to “the Stairs success”  like @Torres had the idea to create an #AcademiaIG hastag (That´s to say the IG Academy). The idea is very really simple. Taking benefit of summer´s holidays in Europe and “free time”!

They, @torres @rsuarez @juanpas9 @kasio and many more talented guys, decided to replicate every weeks the idea of “the stairs” in different activities and tags.

Every saturday a user from the #IGAcademia promoted by @torres proposes one of his own pics and gives total liberty to other users to adapt his pic their own way.

Another initiative is Rafa Suarez´s one. Every Sunday morning very early (9 a.m) @Rsuarez proposes a picture with #pintoycoloreo (I paint and I color!) users will edit their own way and contribute to a joyful sunday IG stream of images!

Summer is a perfect moment to take your time and spend hours in Instagram, using and sharing tips about your apps… So invent yourself your own contest with a small group first and if the idea is good enough the initiative will soon grow fastly!

Manila 9PMHabit. How to make a really big thing? 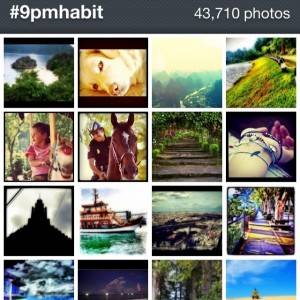 Another example is @IgersManila #9PM habit.

Our Pinoy group brilliantly driven by @cclozano in Manila is one of the most active group of Instagramers groups in Asia.

@IgersManila launched months ago a hashtag called #9PMHabit. The idea was really simple too and the hashtag tells it all.

Take the habit to upload a pic at 9pm local time and join your friends in Instagram. Today this hashtag is more than 43.000 pics yet!

First the idea was to post sunset and beaches but finally the hashtag contribution are very colored and different from the genuine idea. That shows an hashtag is alive and you are not always able to “control” its use and destiny! 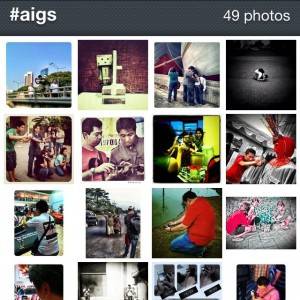 This is brand new hashtag!  And need just a small explanation!

Yesterday my friend @gunhp from @Iphonesia (our Instagramers partners in Indonesia) sent me his own new initiative. A contest he just launched himself and that sounded me original.

Because Originality and Fun are important too for Virality!

“Addicts to IG syndrom” or #AIGS. The idea is very simple and easy remembering hashtag!

Take pics of other friends using IG or show their addictions to IG through a pic. We are all AIGers after all!!!

Long life to this new contest promoted by the guy who was part #iphonesia hashtag success! 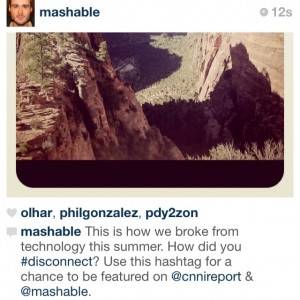 The idea was good! And the contest ended up 15th August. ” Show us pics about your disconnection from Internet and Devices!”

The only problem is that if you are really #disconnect from the world.You couldnt post pics!

And the contest didnt have the success expected. That shows that even expert in On-line marketing dont have always the “formula” to reach the success!

IGChallenges: Get informed of all new contests!

One of the most important thing we try to promote from Instagramers.com is a place where you could find contests! 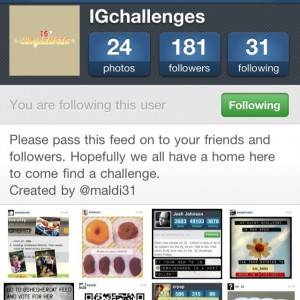 If you follow a lot of people and check the hashtags properly you can discover daily new initiatives in Instagram and be informed. But what to do if not?

A young fellow @miamiant launched this summer an account to inform Igers about new challenges.

A lot of new account will probably sprout around this idea but It´s  a good way to be updated with new stuffs.

If you want to promote your own event or contest you can contact with them too! At www.IgChallenges.com

Hope you enjoyed this few ideas and our summer activities tips. People who still suffer the winter can start thinking about their own new and creative activities!