This week I decided to highlight @EveDeville. I discovered her  through my norwegian “featured users” best feed  @Ria from Oslo. (see her interview here)

Once again, i really appreciated @Ria´s tip as Eve Deville has something really special. This girl (who uses only Iphone camera) shoots simple places, fog, rain and minismalist situations creating truly special atmospheres. Sometimes, she pics portraits and people but most of the time, places.. I think she deserved to be featured. 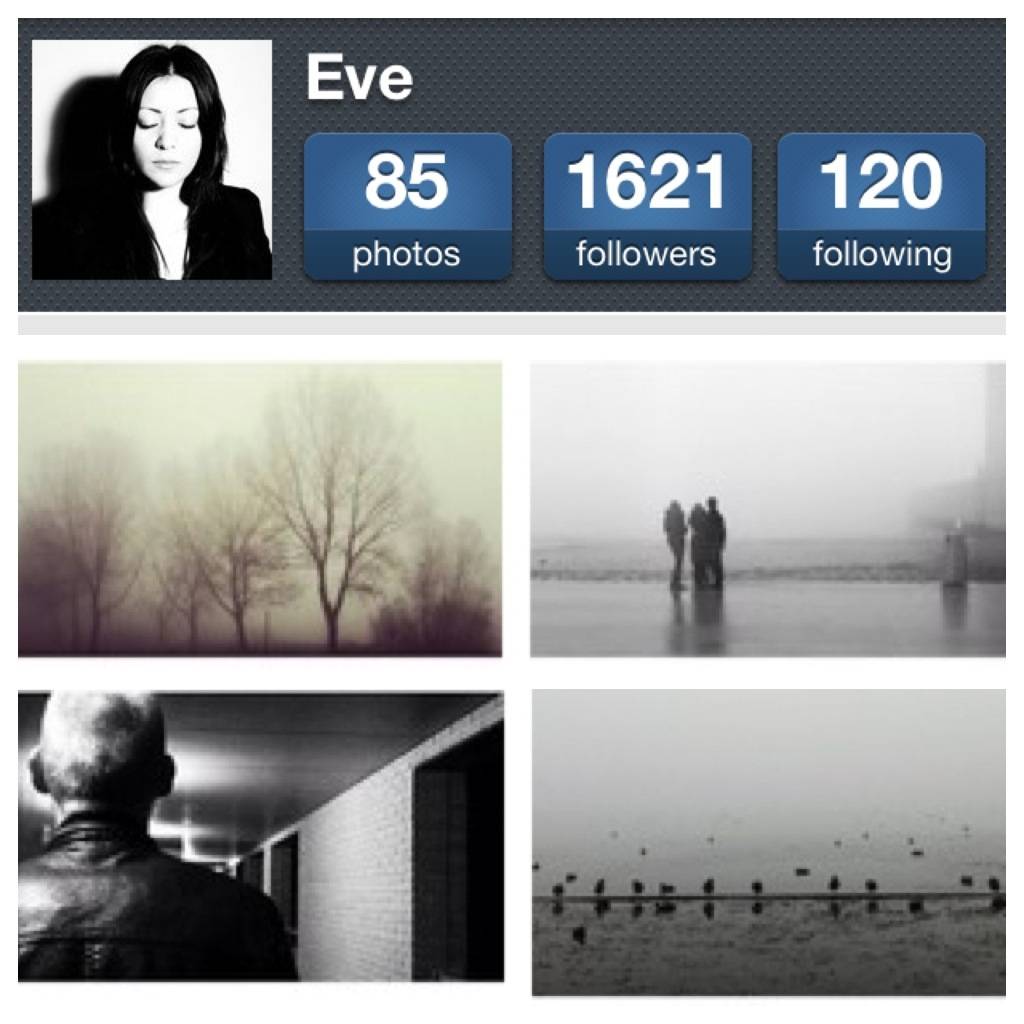 Eve DeVille is the name she uses on the internet but her real name is Dilek Yaman.
.

She pretty much lives a bohemian life  in Holland and according to her words, she tries not to get lost in routine.
She says, she often finds herself doing things that are ‘socially unacceptable’.

Film is her biggest passion, and she found photography a great way to get ideas and inspiration for what could be turned into a film. At first, like many people, She thought Instagram was just a nice way to get that mellow, nostalgic look for photos. Only after getting really into it, and wandering through people’s profiles she realized what a powerful medium it meant.

“Now I am absolutely addicted to Instagram! It’s such a great way to get in touch with people from all over the world! I love how we can share our ideas and perspectives, every single day. It’s also a great way to learn about your own look on things by just looking at other’s.” she says.

.
“A lot of dedicated people on Instagram will find how much they’ve grown by looking at the very first photos they posted on there. The same goes for me; I can clearly see a pattern forming; how I went from one mood to the other and how it reflects in my photos. It’s almost like a subtle visual diary”.

@EveDeville (Dilek) is this kind of user who thinks number of “followers” and “likes” is a lot less important than the feedback and that the most fun part is sharing her own works and ideas with people and feeling how they react.

“It motivates me a lot and keeps addicted to Instagram!”

Keep on doing us feeling the same, Eve. Thanks!