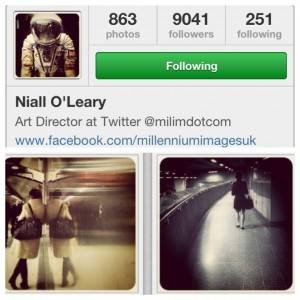 Each week we discover new and interesting feeds in Instagram. This section FlashOn is an open space where we give a shout out and promote IG users. No need to have thousands and thousands of followers! Soon, it could be your turn!

This week , we feature an Instagramer who loves underground and very special mood and atmosphere pics. His pictures remind me some way my friend @miss_jess old feed (now renamed @missunderground) from @igersLondon .We interviewed her here some months ago and she delighted us with her mysterious and her lonely tube stations and corridos.

Today we meet another Londoner. His name Niall O’Leary . His nick @NiallOleary

Niall born in London in 1967 (a very good year!) and lives in Twickenham, a very famous suburb of London, internationally known for its rugby stadium.

We asked him to explains us a litlle bit about his passion for photography and his involvement with Instagram.

“As with most people I have been interested in photography since an early age. I first wanted to be a fashion photographer but after studying photography at University I became specifically interested in art photography. What interests me about mobile photography is while it’s still in its relative infancy, it appears to have tremendous potential and I can envisage in the future that it will seriously infiltrate the art world. It seems to me that photography is generally at a static point at the moment, maybe even a medium that has lost some of its identity.

This differs from my experience of IG, where almost the opposite is true. I’ve never experienced an environment where people are so excited by photography and have such an appetite for viewing pictures. With the rapid growth of mobile photography you now have a community where people are thinking about photography 24/7, using “state of the art” (app) technology that can remove technical inhibitions, and most importantly you have people carrying their phones wherever they go. In the long run, I feel this cannot fail to have an impact on the photographic language. This is already apparent within the documentary/reportage world and I anticipate a similar impact across all of the other genres of photography”.

“I’m very happy to be involved with this movement, via IG even in a very small way”. 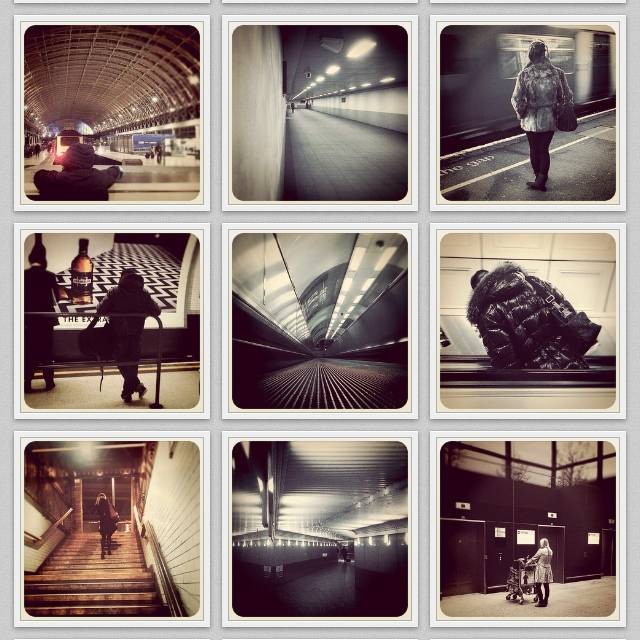 .
Not doubt that Niall understood the meaning of Instagram and the oustanding opportunity as a whole. Unfortunately (for them) other professional photographers don´t share the same vision and, in my opinion, they will miss a train.

Over the last years, he supplied many of his own images for reproduction rights for book covers in different languages like LOVESONG FOR INDIA (Counterpoint Press) House of the Spirits (Random House UK) The Story Sisters (Random House US) Las Ruinas del Amor (Circulo de Lectores) The Story Sisters (Random House US) Comptoir des oceans (Flammarion S.A.) and contributed to two books edited by Emigdio Salgado @mifjuz (see his @mifjuz interview here) .  These books are available here: A Room With A View August 04, 2011 and View To A Thrill October 11, 2011

Hope you will appreciate his feed (see here)