We discussed several years ago in this blog, the reasons for the purchase of Instagram by Facebook and it became clear that for various reasons, photography and the future of social networks were closely linked.

Not so long ago, we commented how Facebook without Instagram could suffer a terrible competition and how Instagram would also help rejuvenate the Facebook’s user base as it grew older and the millennials start migrating to other platforms such as Instagram, Twitter and Snapchat.

Olapic presents his study of photography, social networks and e-commerce

Olapic presented today a study that comes to support these comments and gathers a series of studies and surveys, demonstrating the importance of photography in social networks but also for e-commerce.

Years ago, American studies showed how important the recommendations of users were (70% of users believed friend’s opinions against 30% for the brands ads), today the study goes to show more or less the same:

We believe more in what our friends shares in photos than what comes in ads.

According to the Olapic’s study:

The same study said that one of the keys to buy or not, can be photos from other users. 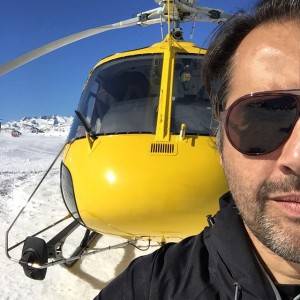 Hence the importance of Bloggers, Instagramers and also the Youtubers phenomenon that have become the best advocates for the promotion of its products and brand.

We cite the example of Nike (the most followed clothing brand on Instagram with over 25 million followers) or Carrera, also largely using user’s photos or brand ambassadors (like @philgonzalez) when promoting their products.

These methods have been also used in the promotion of tourism (travel arrangement with bloggers or Instagramers) or gastronomy.

No one can resist the power of photography in social networks.