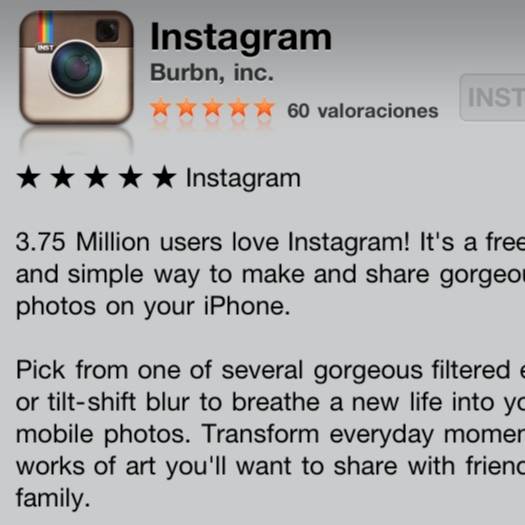 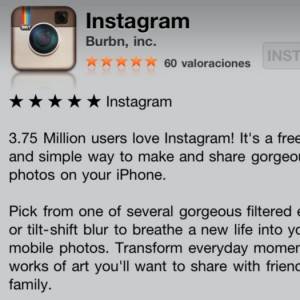 An article yesterday in ReadWriteWeb was wondering if as Instagram is getting complex with new features, stickiness and addiction of its members all over the world could be affected…

Personnaly and as a “Instagram heavy user”, I dont think  Instagramers will reject the app  because of  of “basics needs” improvement…

Most of all, when a huge majority of us are asking for more features that could simplificate our daily use of the Photo Sharing App.

There is still remaining a long list of users queries in Instagram Team development plans and they will are probably working on it.  Just to mention among them:

– Recommend a User to a friend.

And a long list of necessities we all have in our minds!

Instagram team did well launching a first really simple App and improving it step by step.

Not only because simplicity is definitely a factor of success of major Apps but because it´s complicate in terms of technology to launch “a definitive app” in the really first release.

Secondly, because users expectation is an App that will be alive and will improve depending on their own needs and opinions!

Remember too, that most of the time, the funny thing in Apps is that as developers (and I´m included in this group) we don´t know exactly know which will be the use of our own Apps!

One day, a guy launched Twitter and didn´t know at all it was going to be one of the most revolutionary 2.0 platform all over the world, and change all Tv networks collecting datas processes and kill part of the Mobile Short Messages Revenues of Telcos!

But as users, which are the main improvement and changes you may know?

As Instagramer, the two last upgraded versions of Instagram (v: 1.8.4 and 1.8.5) meant useful changes you may take benefit from..

We tried to make a short list and give you some tips. 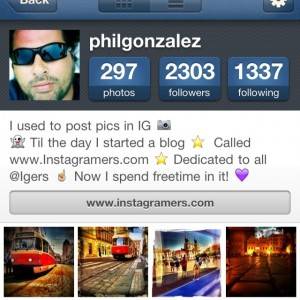 Nick and Name Fields in Profile.

– You will see that with the new field of Url, we lost the nick in the user profile. That means that you have to think about it.

If previously you had a name and a nick… Today only, the name is available. I recommend you to think about it!

The nick is probably the most important point in my point of view. But you have to make your choice!

I decided for example to promote my Nick ( @philgonzalez ) in the main profile instead of my full name.

You have to know too that when you clickin a pic in the grid, it will appear only with the nick.

So now its complicate to show your real name for example. You have to make a choice.

The “MiniBios” are now including: 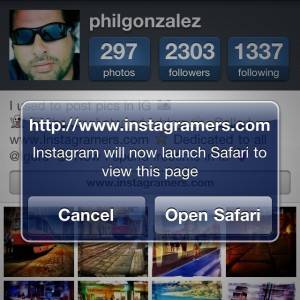 Useful for people that has a blog, tumblr or just want to promote his company web.

Clicking the field and there will be a message indicating you will leave the app and open a Safari browser.

Instagramers can now fill their main interests or simply put a message.

We have seen yet original things!

Remember that this field is very important if you want to catch other users attention and get new followers.

Cause Instagram is not only a question of pictures but also of personnality.

Its a real opportunity to promote who you are. Don´t waste it!!! 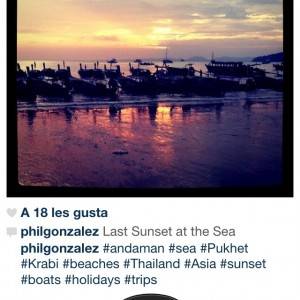 The “hashtag completing” is an important function in our 2.0 Life.

Not only all good websites and search engines but also Iphone apps like Twitter offer this feature to make an easiest user experience and help us to classify the information related to our pics.

As you may now, using hashtags in Instagram is crucial if you want to promote your pics, use them in a contest or simply classify your information. If you are not aware of it, please read our recent post here about How to use Hashtags. 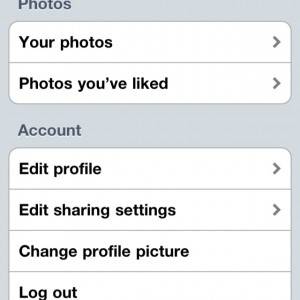 A bookmarked-photos grid of “I’ve Liked” view is a new feature in the 1.8.5 version .

Well, not bad… Although, personnaly, I think it´s not the best way to remind my fav pics as probably as an heavy  and “generous” user..

I think the best way would be to offer a favorite section where saving only your “top fav shots” found on IG.

And of course a “Fav Users list” we mention before. 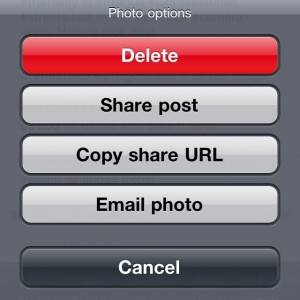 This a function that we have all lost in last 1.8.5 version and we don´t know really why?

Probably in view to improve speed of app processing or avoid eventual crashes?

But the truth is that this function still exist!!! But you will find it on the top of the pictures stream in the “screw” tool!!!

The “Nicks autocomplete” tool has appeared in version 1.8.4 and is really awesome.

You can answer directly to all people involved in the stream of comments of a pic. It is very useful and avoid errors while typing complicate nicks as in the past. 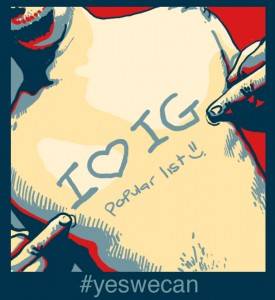 Use it and Promote the Instagramers Movement!

Yesterday Readwrite web article was wondering if  Insatgram app with a growing list of features would be worth?

If not the whole Instagram world would stay immobilized in the past!!